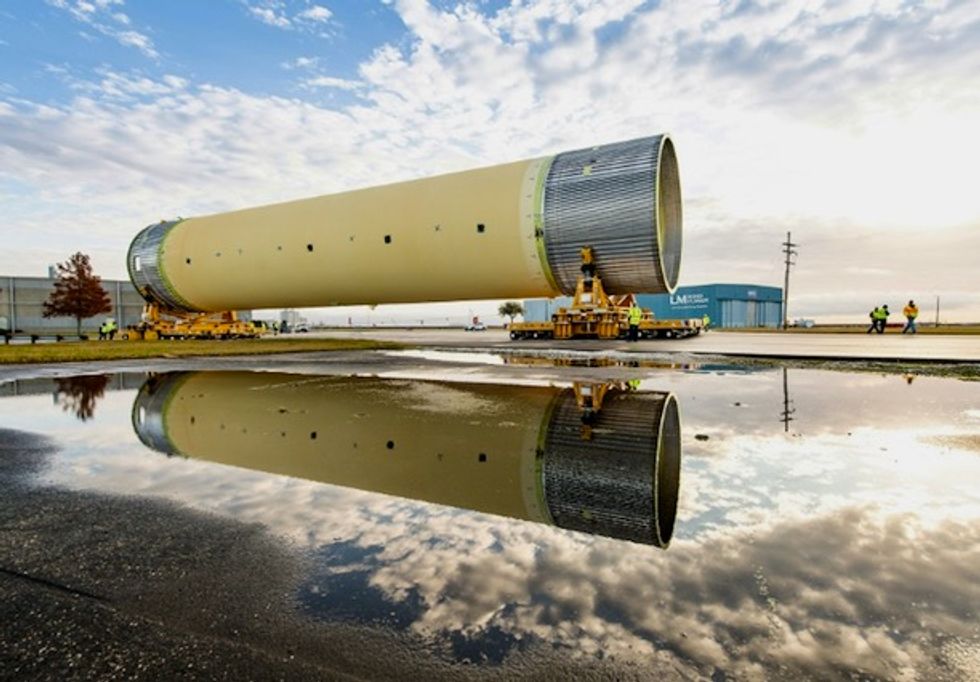 The Space Launch System, a piece of which is seen here being moved by technicians at NASA’s Michoud Assembly Facility in New Orleans, is being developed for missions to the Moon but has been hit with schedule delays NASA/AFP/File / HO

The giant rocket NASA plans to use to return to the Moon by 2024 has been beset by delays and spending has overrun by almost 30 percent, an official audit said Wednesday.

The delays threaten the timetable set by President Donald Trump's administration to place astronauts on lunar soil five years from now, testing the next generation of spacecraft ahead of an eventual crewed mission to Mars.

The report by the Government Accountability Office (GAO) said the cost of the first, single-use Space Launch System (SLS) rocket, which is being built by Boeing, had risen from $6.2 billion to $8 billion, or 29 percent.

Its first flight was set to take place in November 2018, a date later revised to June 2020, but even that target is now "unlikely," the GAO said, adding "the first launch may occur as late as June 2021."

The program has previously been criticized by some in the space community as a patronage project kept alive because of its importance for jobs, especially in Alabama, the state represented by the senator who oversees appropriations including NASA's finances.

The watchdog also accused the space agency of being opaque in its cost calculations.

"NASA's management decisions on how to report cost growth is not fully transparent and, in particular, obscures the difficulties the SLS program has faced controlling costs," the report said.

Costs for the Orion capsule being built by Lockheed Martin that will transport the astronauts had also grown.

NASA estimated this cost overrun at 5.6 percent but GAO said that was based on an inaccurate launch date and the real figure would be much higher.

The audit also criticized NASA for continuing to award Boeing and Lockheed Martin millions of dollars a month in "award fees" for good performance and urged the space agency to "reevaluate its strategy to incentivize contractors to obtain better outcomes."

It singled out Boeing for particular criticism, saying the aeronautical giant had "underestimated the staffing levels required to build the core stage in the time available" and had focused on minimizing the number of technicians, in part to keep its costs low.

It eventually hired the required number of technicians but many did not have a background in spaceflight and time was lost getting them up to speed.