'When I hear the 'I word' I think of imbecile': MSNBC panel mocks Trump's stupidity for trying to be impeached 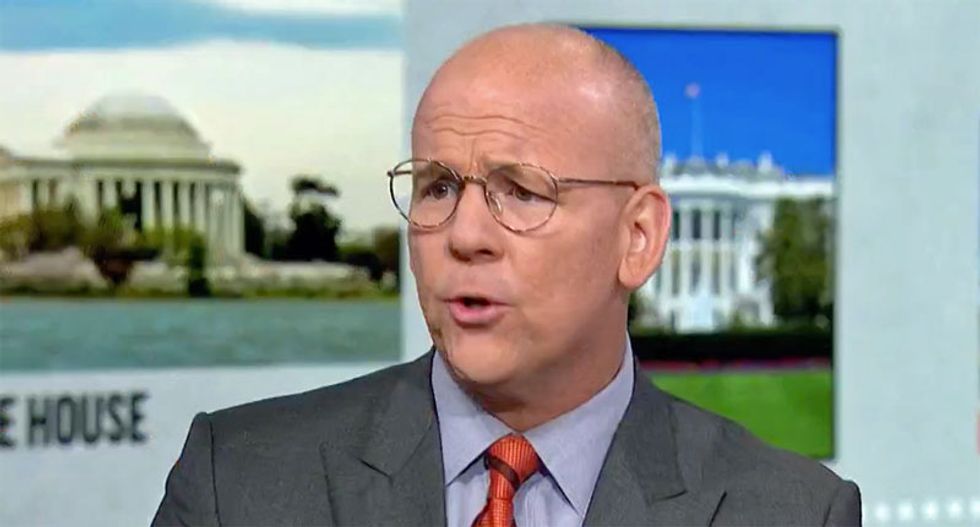 NBC News national affairs analyst John Heileman is the host and executive producer of 'The Circus' on Showtime.

President Donald Trump has tried to egg on Democrats and encourage them to impeach him. An MSNBC panel walked through several strange personality traits that seem to be contributing to his eagerness.

According to Washington Post reporter Ashley Parker, Trump appears to be "goading" Democrats into impeaching him "because he believed it would be beneficial for him." She noted that Trump, ironically, seems to be looking at former President Bill Clinton as a guide. Clinton not only survived but thrived.

"At the end of the day everyone I talked to, President Trump does not want to be impeached, he understands that will be a bad thing," she said. Though he seems to be intrigued by it, calling impeachment "the I-word."

MSNBC host Nicolle Wallace wondered if Trump is fully informed about the legal ramifications of impeachment and Parker said it's why Trump is, at his core, afraid of impeachment.

MSNBC's John Heilemann agreed, saying that it is not the politics that drives Trump.

"Most of the time is it’s his id and his narcissism. Things closer to the surface and closer to his psyche," he said.

Analysts have said that Trump wouldn't be convicted in the Senate, so he can play the victim card.

"Trump loves playing the victim card but that’s a double bank shot, that’s not the way he plays pool, right?" Heilemann continued. "I have to say, every time I hear the I-word, I think imbecile,  insane, idiocy." Not impeachment. But my gut says Trump, if you explain to him there might be a political upside, he would say, 'yeah I get that.' But he doesn’t want it. What he wants is to beat his foes and beat them back to the point he can say, 'They wanted to impeach me but couldn’t.' That’s where Trump lives in that kind of triumph, not the kind that he would have to say I got impeached but not convicted in the Senate. That’s where he wants to stand up."