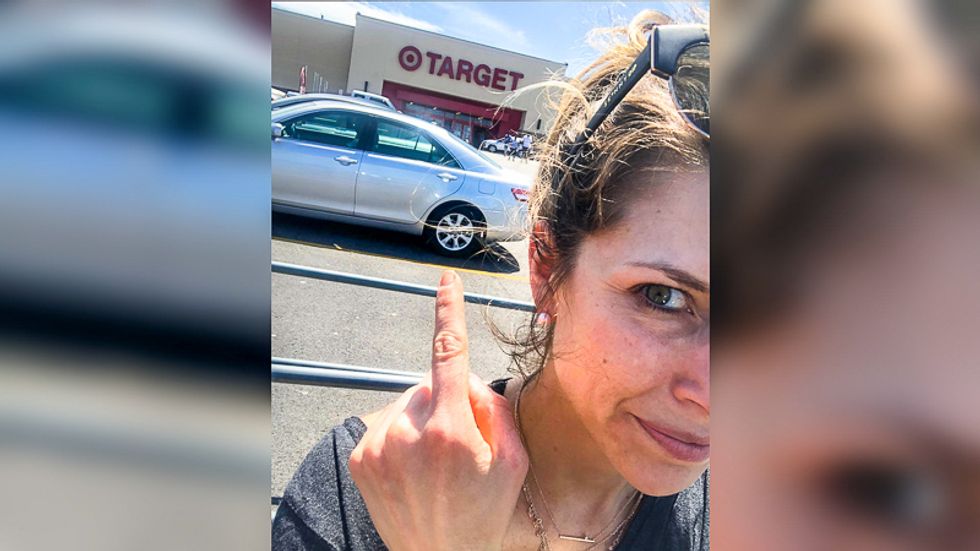 A self-described "lifestyle guru" and TV host is coming under fire after she raged on Twitter about problems purchasing items at Target.

In a tweet on Saturday, Meaghan Mooney demanded Target "make good" after she was not able to immediately purchase a cart filled with goods.

"I just filled my l cart w/ hundreds of $ of merch I need TODAY, but REGISTERS ARE DOWN GLOBALLY???" Mooney wrote. "And NOW after I begging your staff to put my items on hold, I only have till EOD?? 1 inconvenience after the next. How will you be making good w us consumers?!"

The tweet hit a nerve on Twitter, where some users wished Mooney, who works for NBC 10, would put the same amount of energy into social justice efforts. Many commenters offered "thoughts and prayers" to the lifestyle guru.

@MeaghanMooney1 @Target This is Meaghan. She was briefly inconvenienced by a failure of technology, and probably go… https://t.co/UCOIWp2kbG
— AHHBUCKYBARNESYAS (@AHHBUCKYBARNESYAS)1560630781.0

@MeaghanMooney1 @Target It's not their fault. My husband put the things in our over filled cart back, took less tha… https://t.co/Dthf8XbYkk
— Natasha Medina (@Natasha Medina)1560626493.0

@MeaghanMooney1 @Target So you needed them today and they have you until the end of today to make your purchase aft… https://t.co/7tVxmtFCXu
— Jenna (@Jenna)1560667159.0

@MeaghanMooney1 @Target Maybe find better things to be mad about? @Target Keep it up! This random outage will not… https://t.co/beoFV4mNvl
— John Trevino (@John Trevino)1560631759.0

@MeaghanMooney1 @Target I have a better idea... Stop being an entitled consumerist who blames store workers for wh… https://t.co/2BDsyXfjEU
— Flashy-mas (@Flashy-mas)1560650138.0

@MeaghanMooney1 @Target Same thing happened to me, I told the employees who were apologizing profusely, because you… https://t.co/iiWHt6UrNt
— Born on Third (@Born on Third)1560652849.0

@MeaghanMooney1 @Target So you need the stuff *all caps* TODAY but you’re mad they’re only holding the stuff until.… https://t.co/OVQoOQqGDD
— jennifer sherry (@jennifer sherry)1560630656.0

@MeaghanMooney1 @Target It's an absolute shame that @NBC10 employs such a grossly entitled person who apparently do… https://t.co/i4kJ7JSbHB
— Pandemonium (@Pandemonium)1560635376.0