‘Who are these people?’: Nicolle Wallace baffled by the ‘zombies’ who carry out Trump’s policies 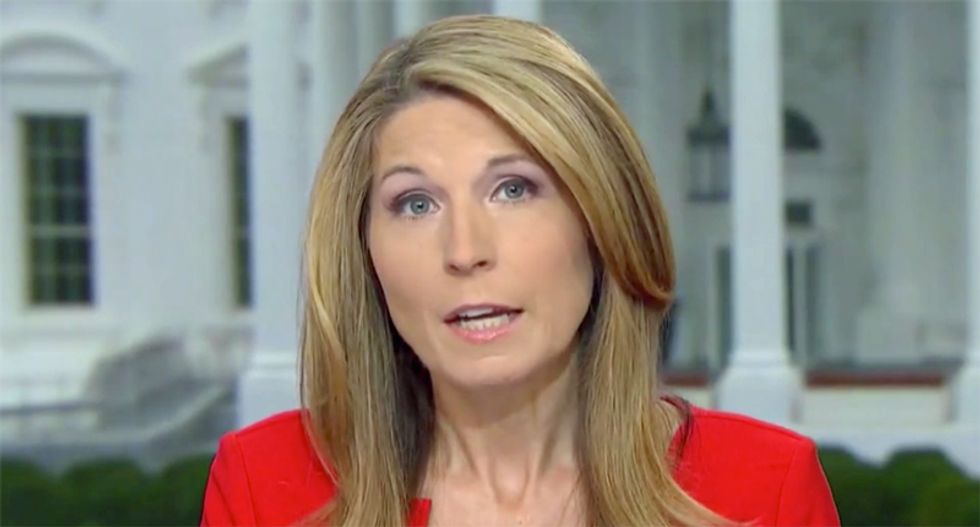 MSNBC anchor Nicolle Wallace was mystified on Monday by how Donald Trump administration officials can morally justify their "horrific" conduct.

"There is a stench," Wallace noted. "Those are the powerful words written to describe the humanitarian crisis at the border now resulting in the suffering of children and infants as the president and his administration concoct a toxic brew of political opportunism and operational incompetence."

"Blockbuster reporting from multiple news organizations drawing our attention to the tragedy unfurling on U.S. soil at the direction of the Trump Administration," she noted.

"We’ll start with reporting in The New York Times, quote, a chaotic scene of sickness and filth is unfolding in an overcrowded border station in Clint, Texas, where hundreds of young people who have recently crossed the border are being held. That’s according to lawyers who visited the facility this week. Some of the children have been there for nearly a month, children as young as 7 and 8. Many wearing clothes caked with snot and tears are caring with infants they just met, the lawyer said," she explained. "Toddlers without diapers are relieving themselves in their pants. Teenaged mothers are wearing clothes stained with breast milk."

"I worked in a White House that was unpopular for a million different reasons, but I did not encounter people who didn’t have sort of the check on their own humanitarian of 'I’m a parent, I imagine what it would be like to be a parent.' How do zombies carry out these policies?" she wondered.

"Who are these people? Who’s the person who argues in court they don’t need toothbrushes, they weren’t supposed to be there for long?" she continued.