Whoopi Goldberg ‘at her breaking point’ as she struggles to contain Meghan McCain’s meltdowns: report 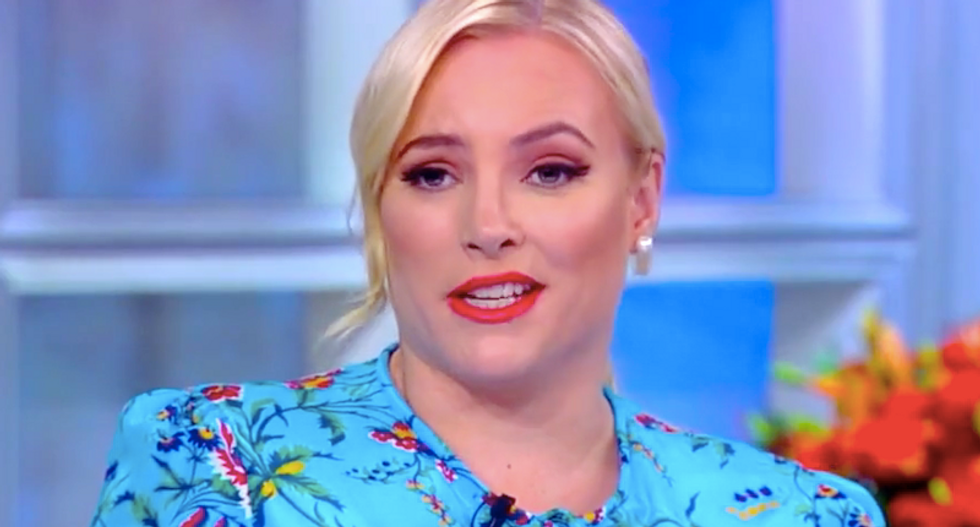 Conservative commentator Meghan McCain, co-host of The View, has recently taken time off from the show. And the other hosts, producers, and viewers are happier without her there, reports the Daily Mail.

McCain's absence has reportedly pleased Whoopi Goldberg, who is reportedly tired of McCain's blow-ups and feuding with host Joy Behar.

"Whoopi is at her breaking point with Meghan. She's been trying to hang in there, especially keep the peace with Meghan and Joy, but we all know she's about to break," a source told DailyMail.com.

Meanwhile, staff who work behind the scenes at The View say McCain is uniquely hard to deal with.

"They have survived Rosie O'Donnell, Star Jones and even Barbara Walters. So for Meghan to be causing problems for them, it says a lot about her and really isn't a reflection on them at all," a source told the Daily Mail.

Goldberg, unlike McCain, is respectful to producers. "Even on her worst days, Whoopi tries her best to be respectful to the staff. Even if something upsets her or she snaps for some reason, she'll come back and apologize and explain herself later."

"The team at The View love working with her. So it's been extremely hard for her to see Meghan come in and really bring the morale down. All the reports of her being ''cold, icy and unpleasant'' are really mild compared to the truth of her personality," a source told the Daily Mail.

'Finally a sensible conversation with sensible Republicans!! #TheView see how that went smoothly and everybody let the other one finish their sentence!!,' @lanorikabeautif wrote.

'#theview - Tara and Ana!!! Adult conversations today!! Gonna miss joy tho,' wrote @jessica_2630 with a meme of a man dancing.

The View Top Stories
Report typos and corrections to: corrections@rawstory.com.
Like this article ? Text `Support` to 50123 to donate.
READ COMMENTS - JOIN THE DISCUSSION