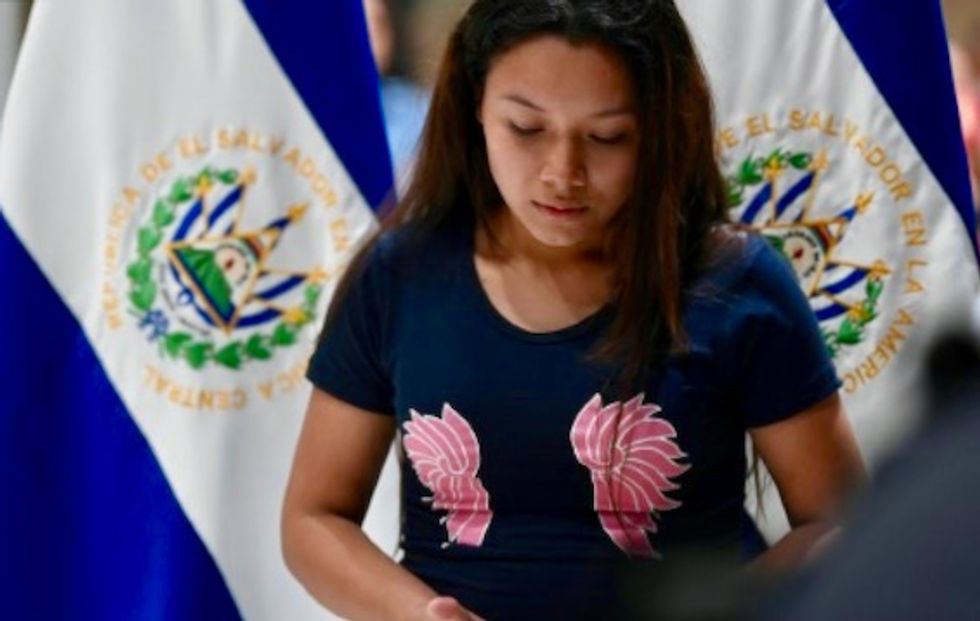 The widow of a Salvadoran migrant who drowned along with their almost two-year-old daughter trying to cross the Rio Grande River to the United States returned home from Mexico Friday.

Tania Avalos, 21, clasped her hands and largely kept her head down as she exited San Salvador's international airport, accompanied by foreign ministry officials.

The young wife and mother watched helplessly Sunday as currents swept away her husband, Oscar Martinez, and their daughter, Angie Valeria, when the family tried to cross the river to reach Brownsville, Texas.

Photos of the father and daughter's bodies -- face-down in the river and locked in a haunting embrace -- made news around the world this week.

The image became an instant symbol of the Central American migration crisis and Mexico's recent crackdown on undocumented migrants, under pressure from US President Donald Trump.

Fleeing poverty and brutal gang violence in their downtrodden neighborhood in San Salvador, Avalos and her family had humanitarian visas in Mexico, and had planned to join the long list of migrants waiting to request asylum in the United States.

However, after a journey of more than 3,000 kilometers (nearly 2,000 miles), they found the border post in Matamoros, the Mexican city across from Brownsville, was closed, and decided to cross the river rather than wait.

A friend traveling with them was carrying Avalos across on his back when they saw the river begin to drag her husband and daughter along with it, then suck them under.

Avalos and her friend returned to the river bank in panic, but were unable to help Martinez and Valeria.

Their bodies were found the next morning, around 500 meters (yards) downstream.

Wearing jeans and a navy t-shirt, Avalos was met at the airport by El Salvador's deputy foreign minister, Mauricio Cabrera.

"Her loss is very big and very deep," he said.

"She was emphatic in telling our government she did not want to talk to the media."

He said Martinez and Valeria's bodies were being repatriated overland, to avoid the lengthy paperwork to bring them home by plane.

The bodies were expected to arrive "in the coming days," he said.