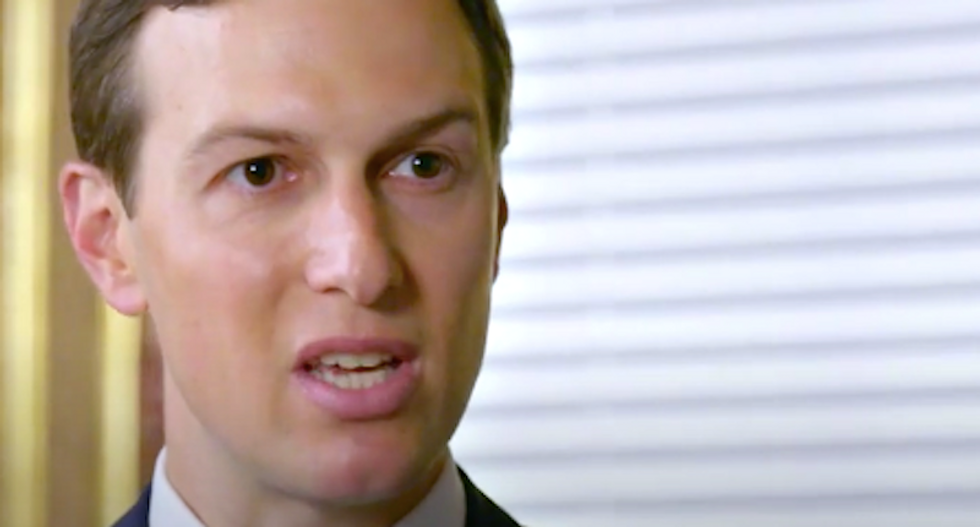 In 2018, Jared Kushner's real estate empire was in serious trouble — 666 Fifth Avenue, which Kushner had purchased at the top of the market just before the financial crisis, was hemorrhaging money and unable to rent out all its space. The company averted disaster with a bailout from Brookfield Asset Management, a Canadian company with ties to the state investment fund of Qatar.

Now, according to Bloomberg News, Kushner's company is in trouble again as yet another New York property is bleeding red ink.

In 2015, Kushner's company bought the first six floors of the old New York Times building on West 43rd Street. The plan was to create an indoor amusement park accessible from Times Square, drawing in tourists.

Today, tenants include a bowling alley, a Guitar Center, and a sushi restaurant, all of which were there when Kushner Co. first bought the property, as well as National Geographic Encounter and Gulliver's Gate, which charge over $30 for admission, are struggling to turn a profit, and are paying rent unreliably.

The upshot is that Kushner's company doesn't have anywhere near the revenue it projected when it took out a $370 million loan to buy the property. The company pushed much of the loss onto investors while using $59 million of the loan to pay itself. Its struggles have caused Wells Fargo to place it on their watchlist, and federal prosecutors investigated the property's finances in 2017.

Kushner has long been hailed as a genius by President Donald Trump, who put him in charge of a number of domestic and foreign policy projects. But his son-in-law's record of advice has been terrible — indeed, Kushner originally told Trump to fire FBI Director James Comey, which resulted in special counsel Robert Mueller being appointed to investigate the president.