AG Barr’s slip up means Mueller can explain whether he wanted to charge Trump: Ex-WH attorney 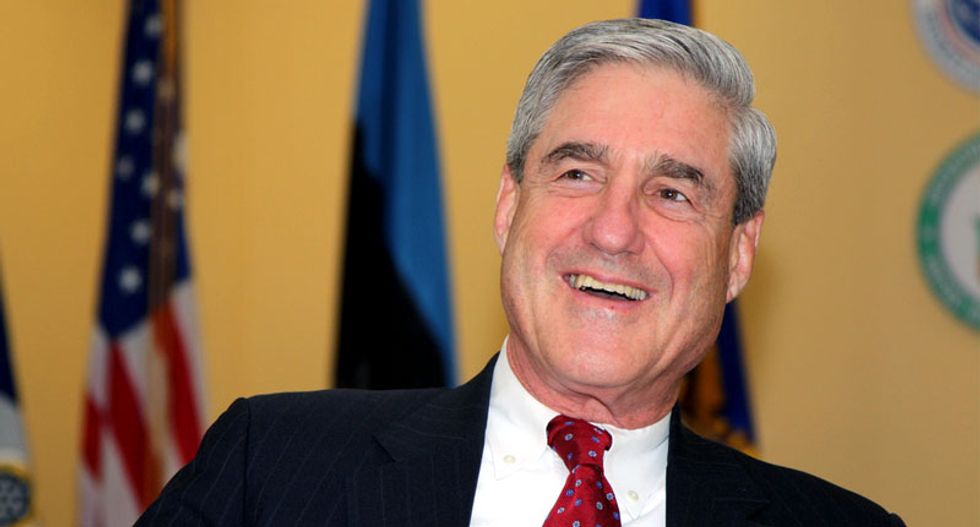 Robert Mueller may have the green light to answer one of the questions Democrats are most excited to ask, Neal Katyal explained on "The Rachel Maddow Show" on Tuesday.

Katyal, the former acting Solicitor General during the Obama administration, believes the rules have changed for Mueller since he submitted his reports and made his brief public comments.

Katyal explained, "We know that Mueller’s by the book, so he wants to stick to the four corners of the report. But the book has changed, because after he turned his report in, Barr said, 'oh, you could have actually told the American people did Mr. Trump commit a crime.' And if, now that Barr is saying that’s permissible for Mueller to have done ... I think Mueller should be asked that question by Congress and should answer that question because Barr is saying that’s fair game to answer, Mueller."

"So there is this sort of strange situation where the Justice Department is willing to characterize what happened in Mueller’s office, but Mueller’s being told that he, himself, is not allowed to. There is also the circumstance in which the attorney general, as Neal says, has sort of redefined what the rules are and whether or not Mueller should have said whether or not the president committed crimes. Will Robert Mueller see those things that Attorney General Barr has said as the policy of the Justice Department that he should follow because they’re proclamations by the A.G.?" Maddow asked.

"Yeah, I think it puts Bob in a very difficult spot," former DOJ official Chuck Rosenberg replied. "I mean, I’ve learned to take that man at his word, having worked for him."

"I understand that Mr. Barr opened the door. I get that. But I don’t think it’s in Bob Mueller’s DNA to do it," he explained.

"It may not be in his DNA, but doesn’t he have to?" Katyal asked. I mean, this is a guy who oversaw this 22-month investigation, didn’t reach a conclusion because of this legal barrier that he thought existed and then you have the attorney general saying I’m your boss, that legal barrier doesn’t exist."

"I think he's got to answer the question," Katyal added.

"I would love to be wrong," Rosenberg replied.