Alexandria Ocasio-Cortez chokes up responding to Trump: 'Time to move on from his conception of America' 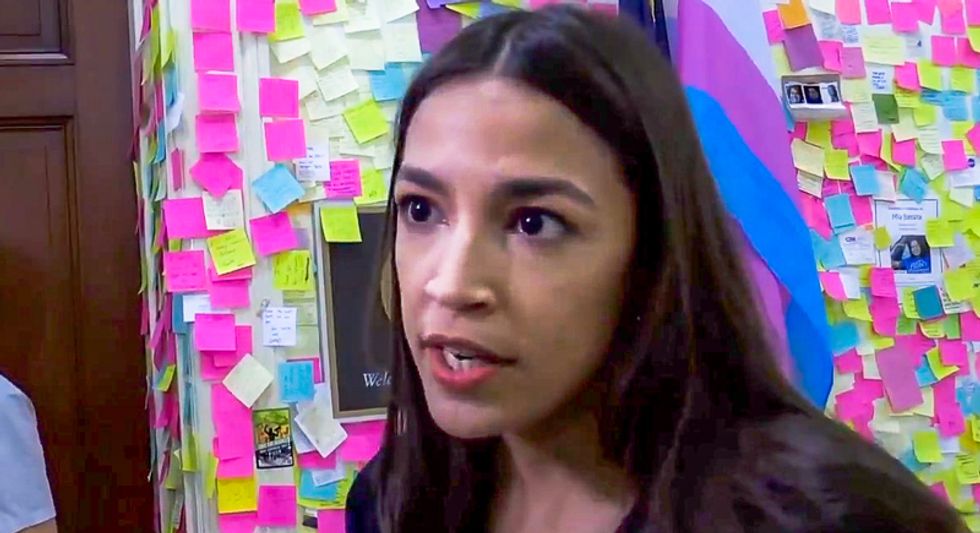 Rep. Alexandria Ocasio-Cortez (D-NY) on Monday fired back at President Donald Trump after he told her to "go back" to her country of origin -- even though she was born in the U.S.

According to the New York Democrat, Trump "relies on racism, division and anti-immigrant sentiment to consolidate power because he does not have a positive vision for the future of America."

"He doesn't believe in a prosperous future for our country," she added. "He believes that everything is a threat. I just don't think from a leadership perspective that's a strong place to operate from."