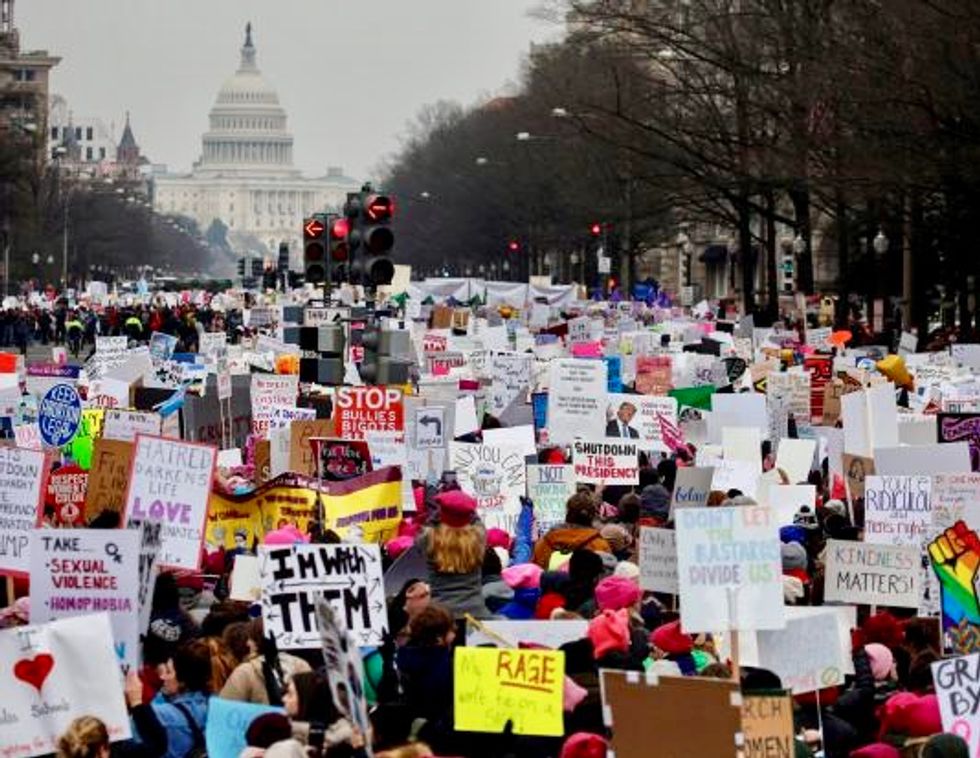 On this holiday weekend, supposedly celebrating American independence, the corporate news media is working hard to reshape the race for the Democratic nomination as best they can. Their primary goal is to preserve the control of the Wall Street capitalists they serve.

But mainstream media and those behind them must now hedge their bets on No. 1 choice Joe Biden, the longtime senator from the "credit card state," because his actual debate performance was so incoherent that people noticed. (Credit-card issuers with corporate offices in Delaware represent about half the U.S. credit card market, although Delaware's 1 million or so residents are about 0.3 percent of the U.S. population.)

Those forces may see a golden lining in the Democratic field’s subsequent realignment with the continued rise of Sens. Elizabeth Warren and Kamala Harris and the impressive fundraising prowess of South Bend, Indiana, Mayor Pete Buttigieg.

In the conventional narrative, the success of the Warren and Harris campaigns equates to a cooling of enthusiasm for Sen. Bernie Sanders, the only avowed democratic socialist in the mix.

The Vermont senator is 77 years old, and there's an underlying attitude that that fact should be disqualifying. Yet it has been Sanders' septuagenarian imagination that over the course of the last three years has moved the Democratic Party at least slightly away from corporate interests and toward a truly progressive agenda that takes direct aim at the nation’s accelerating wealth concentration and income disparity.

Jonathan Tasini, author of “The Essential Bernie Sanders and His Vision for America,” suggested to Politico that it was Sanders' outsized influence on the direction of the Democratic Party that now poses a daunting challenge for his 2020 campaign.

“He has to clearly distinguish himself and say why people should vote for him when five or six other people are running for 'Medicare for All' or some version of free college tuition or a different kind of foreign policy,” Tasini said.

While Sanders may have been upstaged by the Harris-Biden confrontation during the second Democratic debate, his uniqueness was on display in the crowded field — if you were paying close attention.

When asked by Chuck Todd about the one thing he hoped to accomplish once in office, Sanders' response was unequivocal and unique to the crowded field of presidential hopefuls.

“We need a political revolution,” he declared. “People have got to stand up and take on the special interests. We can transform this country.”

That might be glossed over as being an old man’s hyperbolic ranting  — unless you actually conduct a historical analysis of just how things have been going for Americans since the last time we had a revolution.

In their book “Unequal Gains: American Growth and Inequality Since 1700,” economists Peter Lindert and Jeffrey Williamson flip the script on our understanding of what is portrayed as the substantial economic progress made by the mass of Americans living under capitalism, the system that our media repeatedly shills as the best ever invented.

What Lindert and Williamson found was that Americans were economically better off before the Revolutionary War and “enjoyed higher living standards than Britain — and America's income advantage today is no greater than it was three hundred years ago.”

They further found that economic edge was lost during the Revolution, the Civil War and the Great Depression. While it rebounded some after each of those downturns, “income inequality among Americans rose steeply in two great waves — from 1774 to 1860 and from the 1970s to today — rising more than in any other wealthy nation in the world.”

So if you look at the actual arc of our national circumstances, in terms of sharing in the growth of wealth as reflected in income, we went from the most egalitarian country to a nation where wealth and income disparity is most pronounced.

In 2019, Bernie Sanders is still capable of cutting through the normal empty rhetoric.

“We have a new vision for America and at a time when we have three people in this country owning more wealth than the bottom half of America, while 500,000 people are sleeping out on the streets today we think it is time for change, real change.”

Washington Post fact-checker Glenn Kessler suggested that Sanders' statistics were somehow misleading — while admitting they were factually correct. In fact, the numbers "add up," Kessler wrote: It's true that Jeff Bezos, Bill Gates and Warren Buffett control more wealth than the bottom 50 percent of the U.S. population. But the comparison was "not especially meaningful," Kessler insisted, because "people in the bottom half have essentially no wealth, as debts cancel out whatever assets they might have." Why that is not "meaningful" is unclear.

n fairness, Sanders needs to update his stump speech to account for the accelerating deterioration in economic reality for the tens of millions of American families that Trump claimed he would champion — but that his administration has repeatedly targeted for cuts to things like food stamps and health care.

Even as Trump beats his chest about his great economy, high-paying manufacturing jobs continue to disappear.

According to the Bureau of Labor Monthly Review from last August, our current “manufacturing output is at least 5 percent greater than it was in 2000. … But there are far fewer manufacturing workers overall, with about 7.5 million jobs lost since 1980.”

No doubt the explanation for the job losses — from the man who credits George Washington’s troops  with “taking over the airports” — would have something to do with China.

But the BLS reports that the the actual data indicates “China only accounts for about a fourth of the decline in manufacturing during the 2000s.”

As it turns out, automation has created a “skills mismatch — the gap between the skills workers have and the skills employers need," and that "has also contributed to the decline of manufacturing employment.”

Another contributor to the slide in manufacturing is a decline in cross-regional migration: Families can no longer afford to move from place to place to follow new economic opportunities:

The change in skills required to perform new tasks in manufacturing, along with import competition and a decline in mobility, have contributed to the decline of employment rate for manufacturing since 2000. This decline has been even more persistent than those of other periods, many of which saw an eventual bounce back.

This is a dire situation, part of a great unraveling that continues under Trump and manifests itself in both our current opioid crisis and epidemic rates of suicide. Thanks to those, the United States has posted the third annual decline in our life expectancy, something that hasn’t happened since World War I.

This national decline that particularly hit the Rust Belt — the region that put Donald Trump in the White House — has been facilitated by a betrayal of the public interest by our elected leaders of both parties, who sold the country out to multinational corporations.

Under these circumstances, perhaps nothing short of a second revolution can redeem America.