American, Italian and Russian blast off for ISS 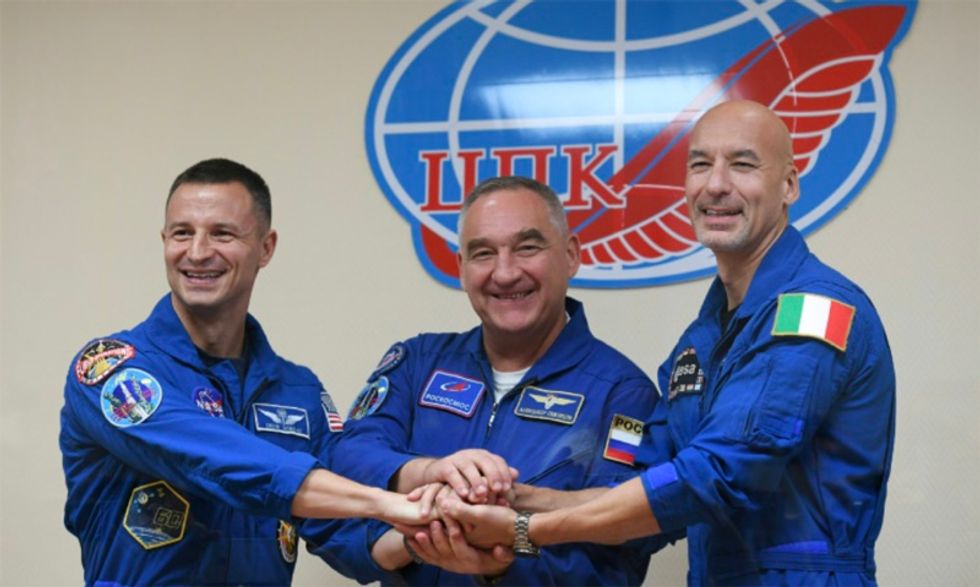 US, Italian and Russian astronauts blasted into space Saturday, headed for the International Space Station, in a launch coinciding with the 50th anniversary of the Apollo 11 Moon landing.

Alexander Skvortsov of the Russian space agency Roscosmos, NASA's Andrew Morgan and Luca Parmitano of the European Space Agency set off on a six-hour journey to the orbiting science lab from the Baikonur Cosmodrome in Kazakhstan at 1628 GMT.

The blast coincides with the date that NASA's Neil Armstrong and Buzz Aldrin landed on the Moon in 1969, marking a defining moment in the so-called "space race" with the Soviet Union.

Of the trio launching from the Kazakh steppe, only 53-year-old Skvortsov had been born at the time of the Moon landing.

A veteran of two ISS missions, Skvortsov is the flight commander for the six-hour journey from Baikonur to the ISS.

Morgan, 43, is flying for the first time.

"The absolute hardest part: saying good-bye and watching them walk away," wrote the father-of-four in a Saturday tweet featuring a picture of his wife and children.

Parmitano's only previous stint at the ISS lasted 166 days and saw him become the first Italian to carry out a spacewalk.

"L-2 h 30 min: One more look at my planet… it’s time to climb aboard our rocket. Next stop @Space_Station," the Italian tweeted.

Skvortsov, Morgan and Parmitano all come from military backgrounds and posed together in uniform in the build up to the launch.

Speaking during a pre-launch press-conference on Friday Skvortsov joked that "two colonels will be taking orders from a colonel" when Parmitano becomes commander of the space station mid-way through his mission -- a reference to the military rank the three share.

The International Space Station -- a rare example of cooperation between Russia and the West -- has been orbiting Earth at about 28,000 kilometres per hour (17,000 miles per hour) since 1998.