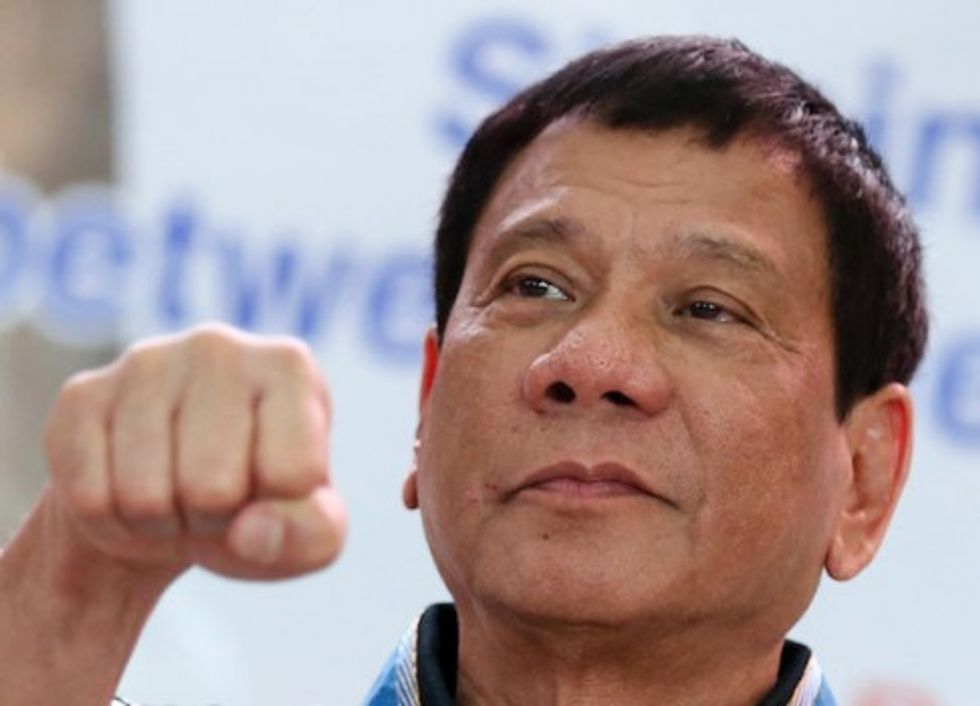 Philippine President Rodrigo Duterte's narcotics crackdown has become a "systematic" campaign of abuses, Amnesty International alleged on Monday, urging the United Nations to launch a probe into thousands of killings.

The drug war is Duterte's signature initiative and is heavily supported by many Filipinos, however the nightly killings by police have provoked international condemnation.

In its second report on the crackdown since 2016, Amnesty said targets, mostly poor people, are largely drawn from "drug watch lists".

Those names are supplied by local officials who are "under immense pressure" from police to provide a steady stream of suspects, the London-based monitor said.

"Worse still, individuals on watch lists appear to be placed on them indefinitely, with no means of getting delisted, even after they have gone through drug treatment or stopped using drugs," said the report.

Amnesty said it was impossible to determine how many people have been killed in the campaign, accusing Manila of "deliberate obfuscation and misinformation" that has left victims' kin feeling helpless.

The government's official toll is just over 5,300 suspects killed by police, but watchdogs say the true number is quadruple that.

"What we believe is most important, in assessing the current situation, is the systematic nature of the violations," Amnesty's East Asia director Nicholas Bequelin told AFP.

Amnesty said the press has lost interest in the killings while the government fails to investigate or provide adequate treatment programmes for drug users.

"It has had the effect of creating a climate of total impunity in the country, in which police and others are free to kill without consequence," it said.

"There is sufficient evidence to conclude that crimes committed may constitute crimes against humanity," the group added.

Amnesty said it investigated the deaths of 27 people over the past year in Bulacan, a province near Manila that has become "the country's bloodiest killing field".

Police broke down doors before shooting drug suspects inside and abducted others to be killed elsewhere, it alleged.

Police also tampered with crime scenes and fabricated their reports, planted evidence and stole from victims, it added.

"The failure of the international community to meaningfully address the serious human rights violations committed... has emboldened the government to carry out a wider crackdown on independent media, human rights defenders, and political activists," the report said.

Amnesty called on the UN Human Rights Council to open an independent inquiry to "put an end to these crimes, and to provide justice and reparations for countless families and victims".

The group's appeal echoed a draft resolution proposed by Iceland at the UN rights council and backed mainly by Western nations.

With the council expected to vote on the document before ending its sessions on July 12, the Philippine government on Friday reiterated Duterte's warning to back off.

"Any attempt... by any foreign country to interfere with how this government maintains its peace and order, not only is an affront to their intellect but an interference with the country's sovereignty as well," Duterte spokesman Salvador Panelo said in a statement.