'An insult to all Afghans': Kabul outraged after Trump floats plan to kill millions, wipe Afghanistan off face of the earth 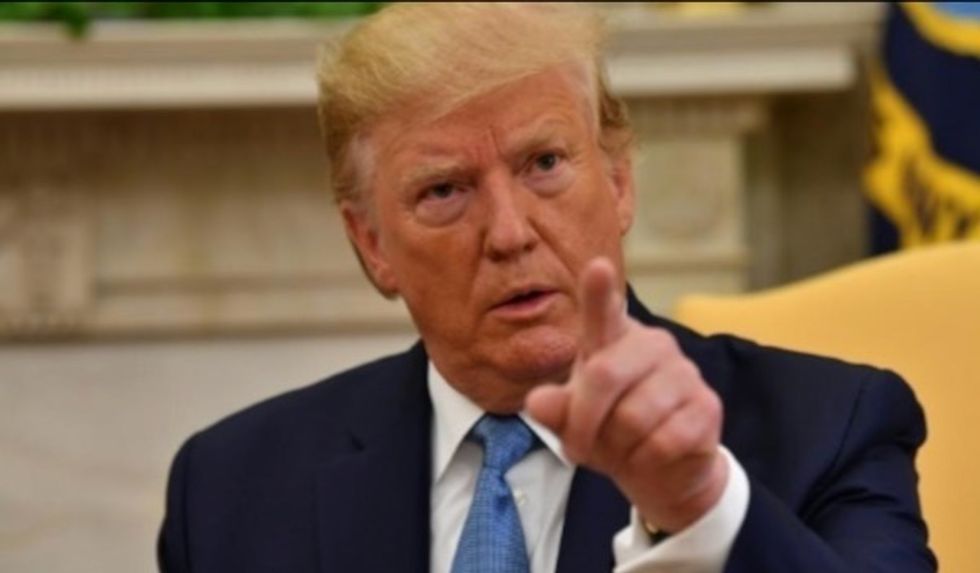 The U.S. president said he has not acted on the plan because he doesn't "want to kill 10 million people"

Kabul reacted with outrage and demanded clarification Tuesday after U.S. President Donald Trump said he has military plans that could wipe Afghanistan "off the face of the Earth," killing millions of people.

Following Trump's remarks, the office of Afghan President Ashraf Ghani said in a statement that Afghanistan "will never allow any foreign power to determine its fate."

"While the Afghan government supports the U.S. efforts for ensuring peace in Afghanistan," the statement read, "the government underscores that foreign heads of state cannot determine Afghanistan's fate in absence of the Afghan leadership."

"We're not fighting a war," Trump said of the U.S.-led conflict that has lasted nearly 18 years, the longest war in American history. "If we wanted to fight a war in Afghanistan and win it, I could win that war in a week. I just don't want to kill 10 million people."

The Afghan public expressed revulsion at Trump's remarks, which came as U.S. envoy to Afghanistan Zalmay Khalizad arrived in the Middle East for talks with the Taliban.

Shakib Noori, an entrepreneur based in Kabul, told Reuters that Trump's comments were "embarrassing and an insult to all Afghans."

"Your insulting message to [Afghanistan]," Nabil wrote, "is either accept the [Pakistan] proposal for peace or eventually you may have to use nukes."

Michael Moline, Florida Phoenix
As Gov. Ron DeSantis knows, when you get into a legal beef it helps to have appointed three members of the court that will hear the appeal. And to have placed three more jurists on the court above that one.

That's the situation at Florida's First District Court of Appeal, which sits in Tallahassee and hears disputes involving state government. Republicans have controlled the governor's office for so long that not a single judge on the court was appointed by a Democrat.

Similarly, at the Florida Supreme Court, since taking office in January 2019 DeSantis has seated three Federalist Society-affiliated justices, giving it a relentlessly conservative cast that has paid off for the governor more than once.