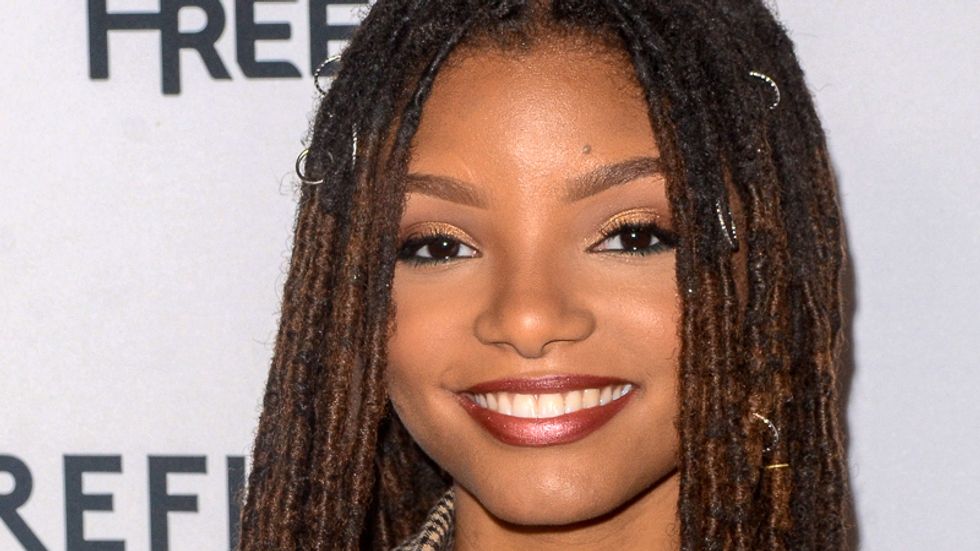 Halle Bailey at the "Grown-ish" Premiere Screening at the Lure Nightclub on December 13, 2017 in Hollywood, CA (Shutterstock.com)

Disney fans have launched a petition to keep one of their favorite princesses white.

The entertainment company announced last week that black actress Halle Bailey (not Halle Berry) would star in its live-action remake of The Little Mermaid.

Soon after, racist fans of the original movie created a Change.org petition calling on Disney to remove Bailey from the role of Princess Ariel.

"Ariel is ICONICALLY a red head," the petition notes. "Why take this away from the fans?"

"Jasmine in the new live action Aladdin had to be cast as a true Middle Easterner, and the voices of the lions in the new Lion King HAD to be black," the fans continue. "Why can Ariel not stay red headed, blue eyed white girl."

The petition goes on to argue that there is "nothing wrong with being proud to be ANY race."

"If you want a black princess, let’s do Princess and The Frog," the document concludes. "I’m sure Halle would be great in it. But Ariel is white, red headed, and blue eyed."

The petition had gathered about 10,000 signatures by Sunday afternoon.