At 82, NASA pioneer Sue Finley still reaching for the stars 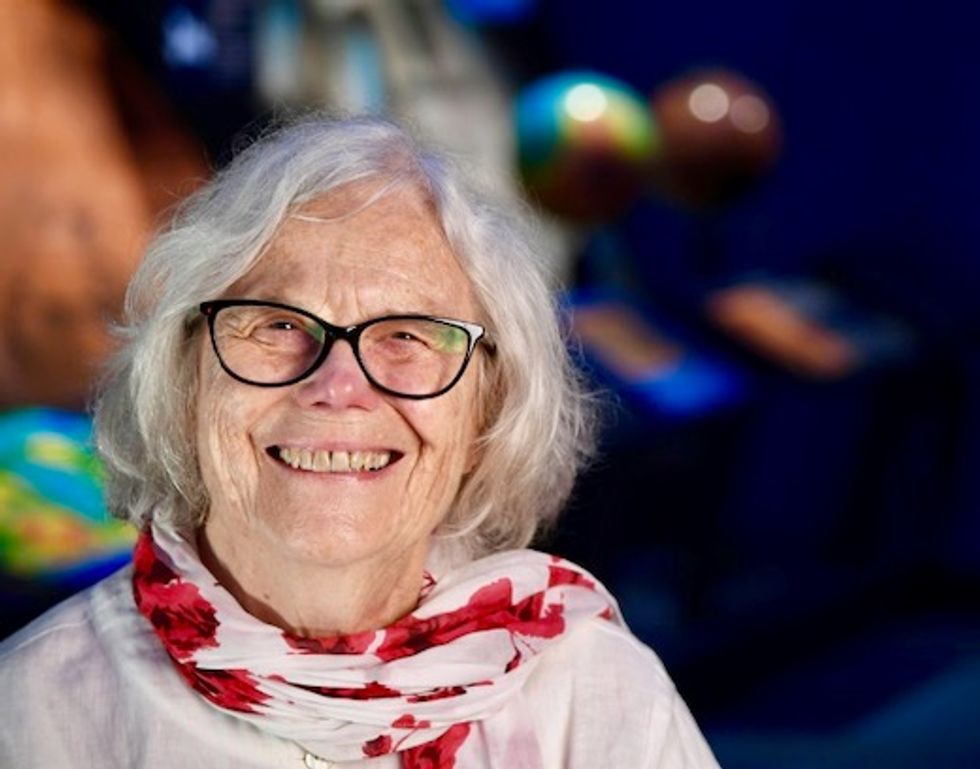 Now 82, Sue Finley is one of NASA's longest serving women, starting out as one of its "human computers," whose critical yet long-hidden contributions to the space program, including the Apollo missions to the Moon, are finally being recognized AFP / Robyn Beck

Sue Finley began work at the Jet Propulsion Laboratory as the US prepared to launch its first satellite into orbit in 1958, racing to match the Soviet Union, which had accomplished the feat months earlier.

Now 82, she is one of NASA's longest-serving women, starting out as one of its "human computers," whose critical yet long-hidden contributions to the space program, including the Apollo missions to the Moon, are finally being recognized.

Finley had dropped out of college and joined a group of mathematically gifted individuals, overwhelmingly women, whose job it was to solve the complex equations thrown at them by rocket scientists before electronic computing became affordable and reliable.

Neil Armstrong may be remembered for his "giant leap for mankind" when he stepped out onto lunar soil a decade later, but it was the work of these women that helped hone the rocket, invent the propellant, and develop the global antenna network that allowed viewers to watch the crew's famous live broadcast.

Finley's story, like many of the other "computers," is one that speaks to the many challenges faced by women of the time.

NASA/JPL-CALTECH/AFP / HO Not all of the calculations were carried out by hand: Sue Finley and the other "computers" made use of electro-mechanical adding machines called "Fridens," though these could handle only basic arithmetic

Finley had been a math whizz for as long as she could remember, getting straight As at high school, and winning an award for completing chemistry equations in her head faster than others could with slide rules.

But as a young woman she decided to pursue other interests, majoring in art with the hope of one day becoming an architect.

Her plan failed because she lacked the required flair, "and you can't really learn art," she told AFP.

She got her start as a "computer" at the now-defunct aerospace firm Convair, which worked with the Navy.

Finley had initially hoped to become a secretary but flunked the typing test. "They said, 'How do you like numbers?' And I said, 'Oh, I like numbers much better than letters,'" she laughed.

Not all of the calculations were carried out by hand: she and the other "computers" made use of electro-mechanical adding machines called "Fridens," though these could handle only basic arithmetic, not the advanced calculus and geometry needed for their work.

After getting married and moving farther from her workplace, she found the long drive was getting taxing. Her husband Peter Finley had graduated from Caltech, which founded the Jet Propulsion Laboratory (JPL), and told her about a lab up in the hills above Pasadena that she should go up and see.

But why did the JPL hire all women teams?

"The woman who was in charge of it... thought that men wouldn't take instruction from her and so just hired women," explained Finley. "And women are much cheaper, they still are."

Despite the fact that women could not rise to the rank of engineer at that time, Finley insisted that being a "computer" was still a job that carried prestige.

NASA/JPL-CALTECH/AFP / HO Women working with the NASA Jet Propulsion Laboratory, known at the time as "computers", including Janez Lawson (front row, 5L), the first African American hired into a technical position at JPL, pose for a photo

Finley took a career break from 1963 to 1969 to raise her two young boys -- starting a family had always been the plan following the death of the couple's first son at birth.

But she soon realized being a homemaker was not the path for her and she became clinically depressed.

"I was a complete failure as a housewife," she said. "The psychologist that I went to said that I really needed to go back to work" and that the boys would be alright.

While reluctant to tout her own accomplishments, she acknowledges that the decision was unusual for the time.

"I think that when I went there to work as a mother and a wife, I was being a trailblazer as far as women's lib," she said.

She returned to a drastically changed JPL, one in which flesh and bones "computers" had been replaced with processors and memory -- but she had managed to stay ahead by learning the new computer language Fortran.

Author Nathalia Holt writes in "Rise of the Rocket Girls" that one of Finley's biggest successes came in October 1989 when disaster struck the Galileo probe to Jupiter and its moons.

As the probe orbited Earth, gathering momentum to slingshot toward the gaseous planet, an antenna failed to open, leaving the mission imperiled.

Finley wrote a program that combined the power of Earth's Deep Space Network (DSN) of dishes, so that they could make use of the probe's lower-powered antennas instead.

It ended up sending back stunning footage, including the breakup of a comet and the discovery of a moon orbiting an asteroid.

Her personal favorite mission, though, was the 1985 collaboration between the USSR and France during the Vega program, which dropped probe balloons into the Venus atmosphere.

She improved the accuracy of the antennas to track the balloon probes with the DSN.

"That was my favorite, because it was a very small group of people," she said. It was also the only time she got on-lab parking.

Her work on interpreting radio tones to track spacecraft meanwhile helped land the Mars Spirit and Opportunity rovers in 2004, and ensured a safe arrival at Jupiter for the Juno explorer in 2016.

"It's like treasure hunting, or mysteries, you're trying to solve problems," she said of the enduring appeal of her work.

And, she insists, she has no plans to retire, as long as she's still wanted by NASA in her current role as a subsystems and testing engineer.

"I don't plan to stop. I have nothing else I'd rather do."

A New York Times profile on Joel Greenberg walks through how the former Seminole County Tax Collector who led Rep. Matt Gaetz (R-FL) into a huge political scandal became the criminal he is today.

According to the report, Greenberg was a "wealthy" but "troubled" teen. In an old interview with a sports columnist for The Orlando Sentinel, mother Susan Greenberg explained that her teenage son had always had problems.