Automakers balk at Trump plan to roll back emissions standards 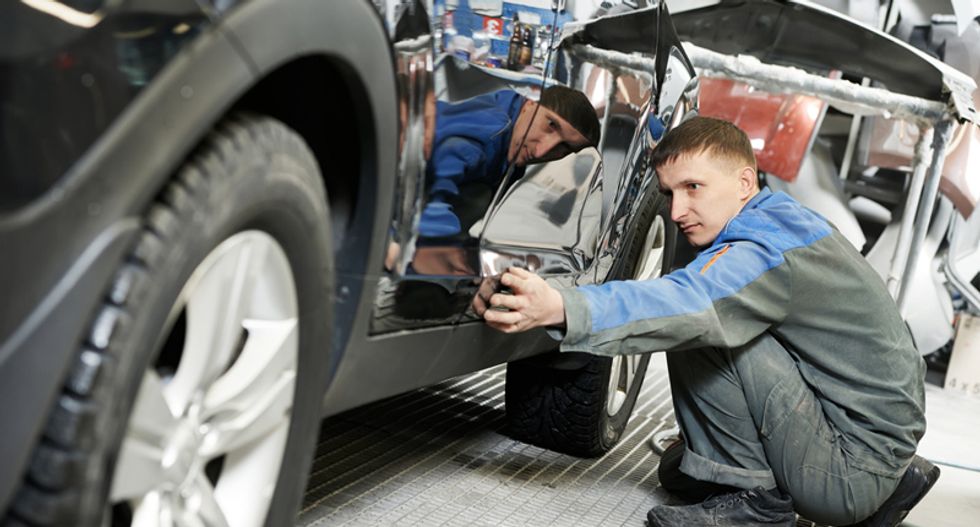 Weirdly, I love it when the marketplace itself tells the government that its proposed solutions just don’t work.

After all, the Trump administration­—and Republican orthodoxy—aagree on this single point: that the private marketplace always has better solutions than government. That’s the excuse for massive de-regulation and the removal of federal rules aimed at helping the environment, protecting consumers, adjudging fairness of business practices, enforcing worker safety and the like.

So, when the marketplace rises up to tell this administration that its proposals are ineffective, or will actually worsen the situation, you have to appreciate the irony.

The exact case in point Is an announcement by 17 automakers that recent decisions by the White House to roll back environmental rules governing improved mileage requirements just makes no sense. Of course, it makes plenty of sense to the White House, because Donald Trump is such a committed Climate Change denier.

But it also applies more generally to the tariffs discussion, to healthcare discussions, to consumer protection cases.

The mileage rules, generally referred to as CAFÉ standards (Corporate Average Fuel Economy), are intended to keep pressure on automakers to reduce carbon emissions and the kind of pollutants that are widely seen as worsening air quality, ozone protections and, as a result, global temperatures. What was on the table was a proposal to raise required federal standards from 37 miles per gallon minimums to 51 miles per gallon for 2025 models.

The Trump administration, however, said no to all of it, and insisted that no changes were needed. Basically, they argued, since there is no such thing as climate disruption, there is no need to further regulate what should be a free-spirited auto-making industry.

Last week,17 U.S. and foreign firms said that suspending the progressive move was antithetical to them.

The reason: California, not only the most populous state, but the biggest car-buying state, still will require the change. Automakers said they don’t want to get caught having to make two kinds of cars.

The automakers urged both Trump and Democratic California Gov. Gavin Newsom to “resurrect” talks to avoid harming the industry and American consumers. They warn that only a nationally agreed-upon set of rules would avert “an extended period of litigation and instability, which could prove as untenable as the current program.”

Naturally, having heard directly from manufacturers whom they had hoped to help out, the White House now is ignoring them.

In fact, the last-minute push by the automakers appears unlikely to sway the Trump administration from abandoning President Barack Obama’s signature climate policy to improve mileage standards for cars and light trucks, The Washington Post reported.

So rather than solving a set of environmental problems, the Trump team has injected uncertainty into the auto market and raised the prospect of a drawn-out legal fight between federal officials and California.

The Environmental Protection Agency and the Transportation Department rulings suspend the mileage improvements and also revoke California’s existing waiver to set its own rules under the Clean Air Act, a practice the federal government has sanctioned for decades. White House officials said there was no prospect of further negotiation with the California Air Resources Board.

As an aside, once again, we have the Trump administration, watchdog and advocate for state laws over federal regulations, taking the exact opposite side when it does not like either the state or the position it is taking.

Administration officials say that the nation needs to readjust the emissions targets because consumers prefer bigger and less fuel-efficient vehicles than regulators initially envisioned and that keeping them in place will spur Americans to drive older, less safe vehicles. What?

For his part, Newsom, the California governor, said the automakers’ appeal made perfect sense to him.