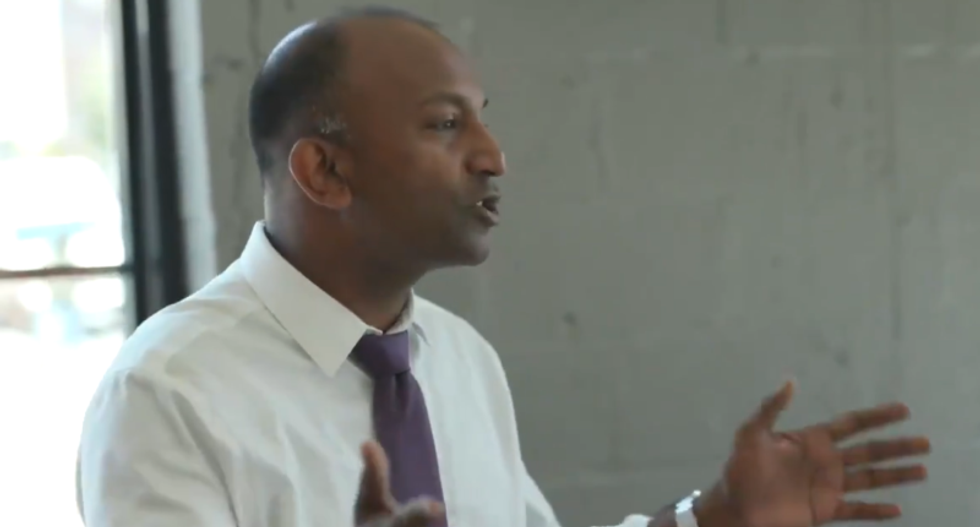 "You know, I honestly don't understand how a person can claim to love America, and then the next breath, condemn an American city and the 600,000 people who call it home," said Vignarajah. "Yes, Mr. President, we have challenges here in Baltimore, and we're working hard every day to address those problems. You've sent Jeff Sessions and Betsy DeVos and ICE agents to try to lock up our immigrants and privatize our schools. You have literally no business talking about our city because you don't know anything about Baltimore."

"Let me tell you about Baltimore," continued Vignarajah. "Let me remind you who we are and what we've done. This is the birthplace of jazz legends and Babe Ruth, of Thurgood Marshall and the Star Spangled Banner. This city runs in the blood of Harriet Tubman and Billie Holiday and Oprah and Nancy Pelosi. This is where Cal Ripken and Frank Robinson shattered records and glass ceilings. We host Artscape, a comic book convention, a light festival, and Preakness. We've won the World Series and the Super Bowl, and we don't have fair-weather fans in this city. We've studied the magic of the ocean at the National Aquarium, and we've looked up and seen the magic of the stars through the Hubble Telescope. This is the city that built the first leg of the American railroad. This is the city that saved the Union from the British in 1812."

"We embrace natives and newcomers," said Vignarajah. "We celebrate diversity and faith. And we love Baltimore, Mr. President, as much as we love America. And a man who has no pride in his country cannot imagine, cannot fathom, what pride we have in our city. But, we'll still be here, we'll still matter, we'll still be making history long after you, Sir, are a forgotten, regrettable footnote in the ash heap of history."

"But thank you, Mr. President, for giving us an occasion to remind the world about the history and beauty and promise of our city," concluded Vignarajah.