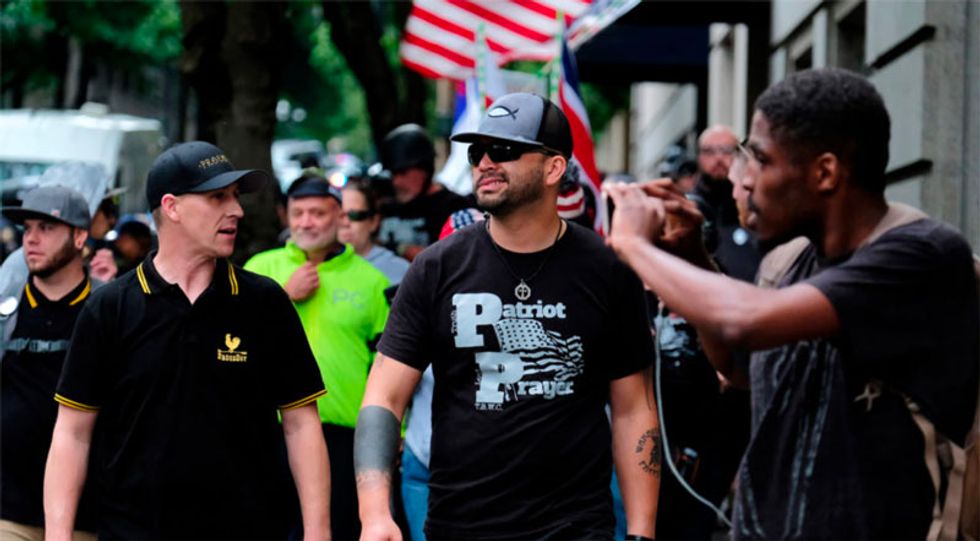 On Tuesday, The Daily Beast reported that several far-right groups are planning to rally in Washington, D.C. as President Donald Trump hosts his massive Fourth of July celebration — and that some of the attendees may be armed.

The event, titled the "Rally for Free Speech," will be headlined by such right-wing activists as former Breitbarter Milo Yiannopoulos, anti-Muslim activist Laura Loomer, and internet con artist Jacob Wohl, all of whom have been banned from various social media platforms for hate speech. The event is also, however, intended to be a show of strength against antifascist protestors, following the violent altercation against right-wing journalist Andy Ngo in Portland, Oregon.

The organizer of the event is Luke Rohfling, the leader of the "Proud Boys," a prominent far-right men's group that identify as "Western chauvinists" and whose members have been implicated in violent brawls. The event is not formally being organized by the Proud Boys, but many among their number are organizers or in the speaker lineup.

Rohfling and others have denied the rally will be violent, but have also warned that antifascists may attack the event with acid — based on an unverified message on Telegram — and some right-wing commenters online have urged rallygoers to come armed.

The president has demanded an unusually extravagant and partisan Fourth of July celebration, complete with military parades, fighter jet flyovers and possibly tanks. A prime viewing spot for the festivities is being roped off at the Lincoln Memorial, available to Trump's friends, family, and "VIP" guests who receive tickets from the Republican National Committee.