Bernie Sanders dunks on Tim Ryan at Democratic debate: 'I do know, I wrote the damn bill' 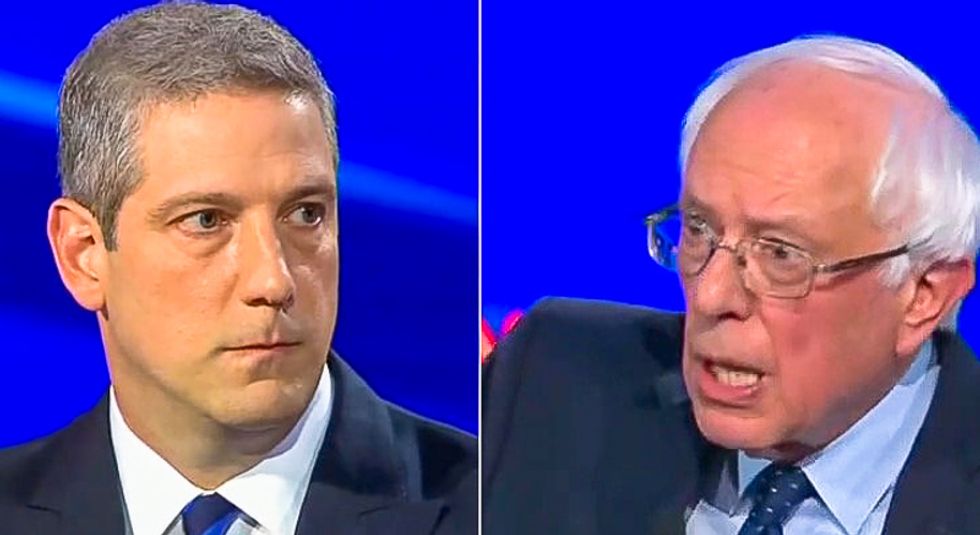 During an exchange on Medicare for All, Sanders argued that seniors would be better off because the plan "finally includes dental care, hearing aids and eyeglasses."

"I do, I wrote the damn bill," Sanders shot back, leaving Ryan stunned.

"Second of all," the senator added. "Many of our union brothers and sisters, nobody more pro-union than me up here are now paying high deductibles and co-payments and when we do Medicare for All, instead of having the company putting money into health care, they can get decent wage increases which they are not getting today."