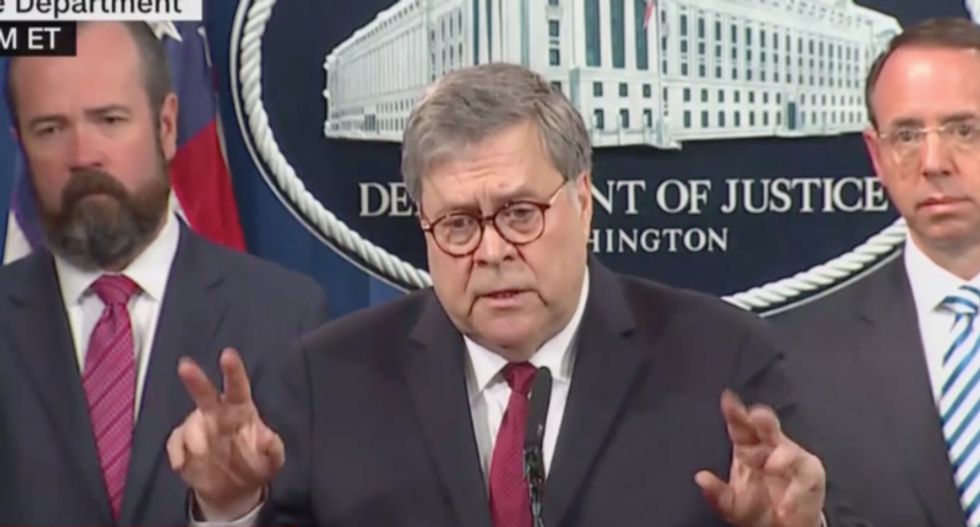 Attorney General Bill Barr on Thursday ordered the reinstatement of the federal death penalty, 16 years after the government implemented a pause in federal executions.

NBC News reports that Barr not only brought back the death penalty, but also scheduled executions for five inmates who are currently on federal death row.

"The Justice Department upholds the rule of law—and we owe it to the victims and their families to carry forward the sentence imposed by our justice system," Barr said in a prepared statement.

Although the federal death penalty was never formally abolished, no federal executions have occurred in the United States since 2003.

The Department of Justice has scheduled the five federal death penalty executions to happen in late 2019 and early 2020, NBC reports.

President Donald Trump once infamously took out ads in New York's major newspapers calling on the state to "bring back the death penalty" to execute five black teenagers who were wrongly convicted of raping a jogger in Central Park in the 1980s and whose convictions were later vacated by New York's supreme court after DNA evidence emerged that proved their innocence.