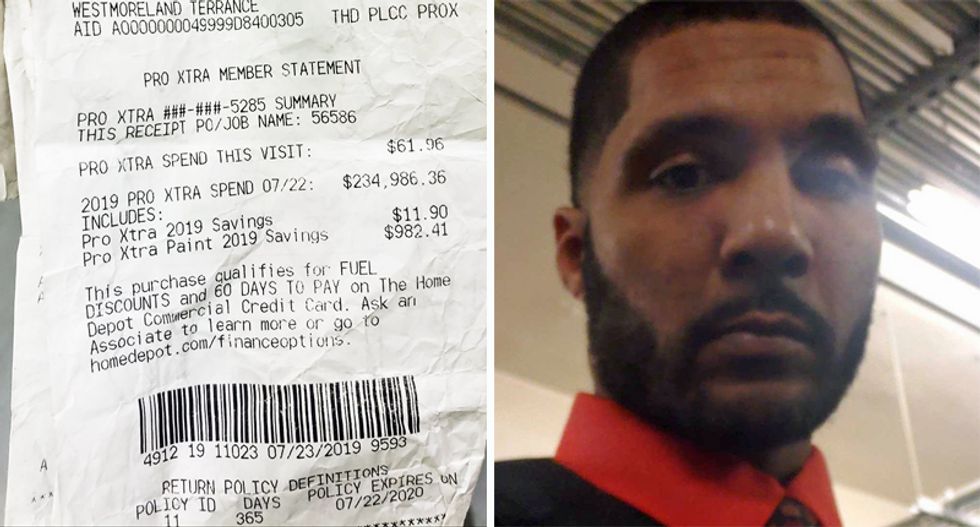 Home Depot is being criticized for "racial discrimination" by a black man in Milwaukee, Wisconsin.

"A Milwaukee man said he was a victim of racial profiling after he tried to return blinds at the Wauwatosa Home Depot," the Journal Sentinel reports. "With his receipt in his hand, he compared the blinds to find the right shade. Westmoreland then walked to the customer service desk, where he tried to return two boxes and purchase three others."

However, Terrance Westmoreland, who is black, was stopped by a white security guard named Ricky.

"Before I could even finish, this Caucasian security guard kind of grabbed my arm," he said. "He said I didn't come into the store with any boxes."

Westmoreland says the told the security guard to check the store's surveillance video, telling him it would prove he came in with two boxes, but was told they did not have access to the footage.

So Westmoreland called the Wauwatosa police.

"Police found no wrongdoing by Westmoreland, but The Home Depot asked him to leave and banned him from the store for stealing," the newspaper reported. "A district manager from The Home Depot called Westmoreland on July 26 to apologize and rescind the ban. Westmoreland said he hasn't been back to the store to exchange the blinds since the ban was lifted."

Westmoreland said the apology was "unacceptable" and is demanding the loss prevention officer be fired.