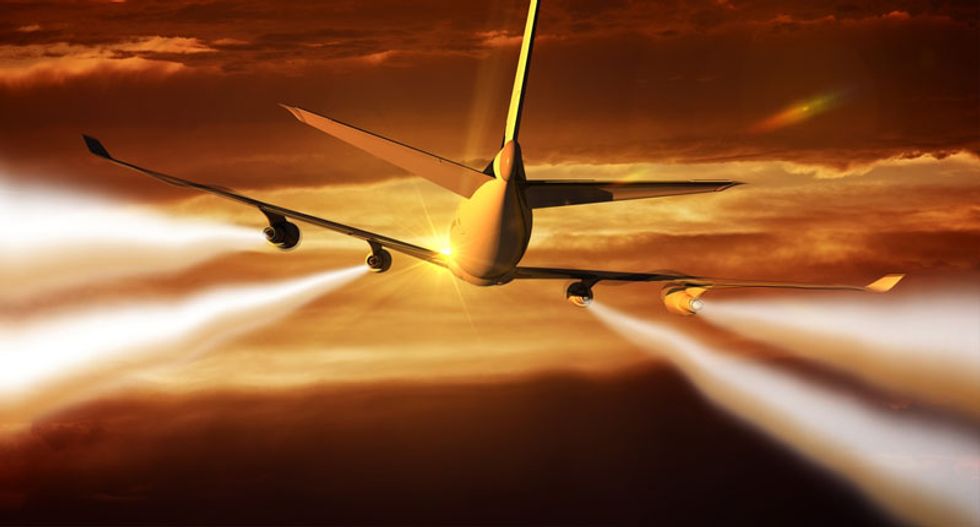 The body of a suspected stowaway who fell to his death from a Kenya Airways plane landed next to a man sunbathing in his garden in south-west London, a neighbour said.

Police believe the victim fell into the property in Clapham from the landing gear compartment of a plane heading to Heathrow Airport.

A neighbour told the Press Association news agency that he heard a "whomp" when the body hit the ground on Sunday afternoon, and went upstairs to look out of a window.

"At first I though it was a tramp asleep in the garden. He had all of his clothes on and everything," the neighbour, who asked not to be named, was quoted as saying.

"I had a closer look and saw there was blood all over the walls of the garden.

"His head was not in a good way. I realised immediately that he had fallen.

"So I went outside and it was just then the neighbour came out and he was very shaken.

"He had been sunbathing and he landed one metre away from him."

A photograph published in The Sun newspaper on Tuesday showed paving stones in the garden smashed and the ground dented.

Describing the victim, the neighbour added: "One of the reasons his body was so intact was because his body was an ice block."

Police said on Monday that a bag, water and some food was found in the landing gear compartment of the plane once it arrived at Heathrow.

Officers are now working to identify the victim.

Many stowaways do not survive due to the lack of oxygen and freezing temperatures in the wheel-wells of aircraft flying at high altitude.

Several bodies have been found along the Heathrow flight path in west London, according to aviation expert Alastair Rosenschein.

"The problem occurs because of lack of security at a number of airports around the world and also the immigration draw," he told BBC radio.

"It is believed that these are primarily illegal immigrants who are trying to get into this country by climbing into the undercarriage bay of aircraft."