Boris Johnson gets blanket coverage in Iran as 'Britain's Trump' 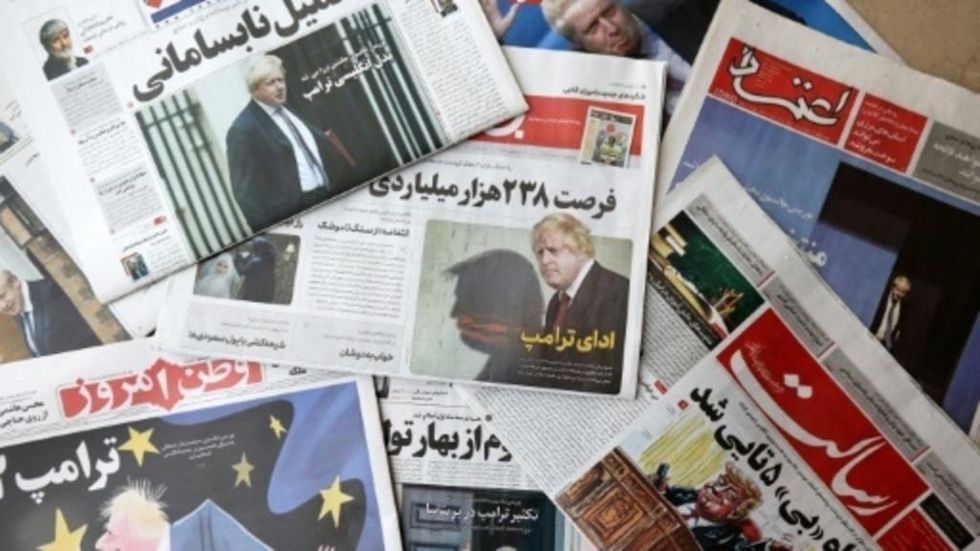 Iranian newspapers gave blanket coverage to news that Boris Johnson would become British prime minister on Wednesday, with many comparing him to US President Donald Trump.

The former foreign secretary takes power amid a tense standoff with Tehran over British authorities' seizure of an Iranian tanker in early July and Iran's detention of a UK-flagged ship in the Gulf last week.

Dailies across Iran's political spectrum splashed his election to lead the Conservative Party -- propelling him to the office of prime minister -- across their front covers.

"British Trump," read the banner of reformist Sazandegi, over a full-page picture of Johnson celebrating his win.

The conservative Jaam-e Jam published a picture edited to show Johnson casting a shadow in the shape of Trump's profile on a wall behind him, with the title "Mimicking Trump".

The reformist Etemaad's headline read "Elected by hardliners", with an editorial predicting Johnson's tenure would be short-lived.

The ultra-conservative Resaalat published a cartoon of Johnson in the guise of a British butler, being patted on the head by Trump at his desk in the Oval Office.

"B team now has five members," it said, echoing a term Foreign Minister Javad Zarif regularly uses for senior officials in the US and its allies who share a hard line on Iran.

The unfolding crisis with Iran will be, along with Brexit, one of the most pressing tasks facing Johnson as he takes power.

The flare-up comes amid rising hostilities between Iran and the United States, after Trump withdrew from the 2015 deal aimed at limiting Tehran's nuclear programme and began reimposing sanctions.