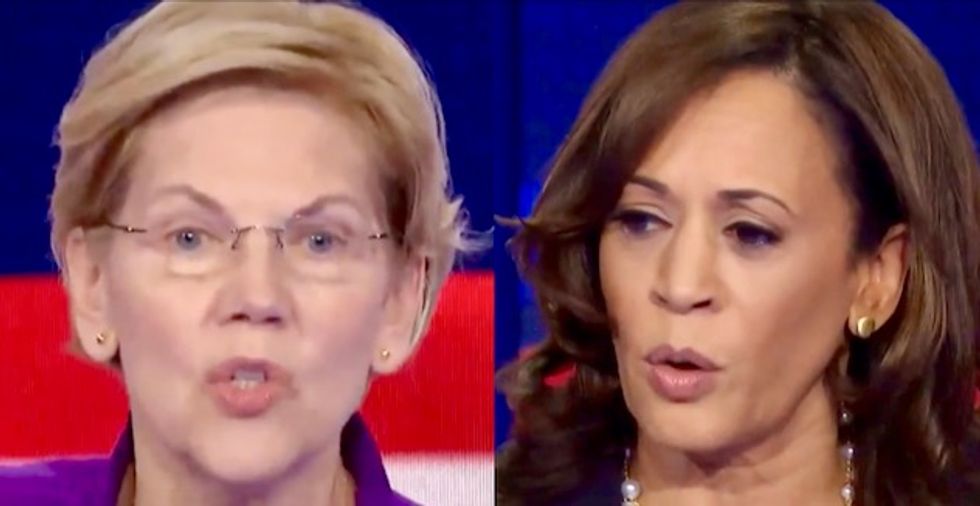 A new set of HuffPost/YouGov polls find Democratic voters were thrilled with Senators Elizabeth Warren and Kamala Harris. Democratic voters and those who lean left were asked about last week's debates, and those two candidates were seen as "outperforming in their respective appearances, eroding former Vice President Joe Biden’s perceived edge as the most electable," HuffPost just reported.

For each debate night, 59% of those polled said Sen. Warren and Sen. Harris each did the best. Former HUD Secretary Julián Castro on the first night and former Vice President Joe Biden on the second night both came in second with just 16%.

But the comments respondents left may say even more than the percentages.