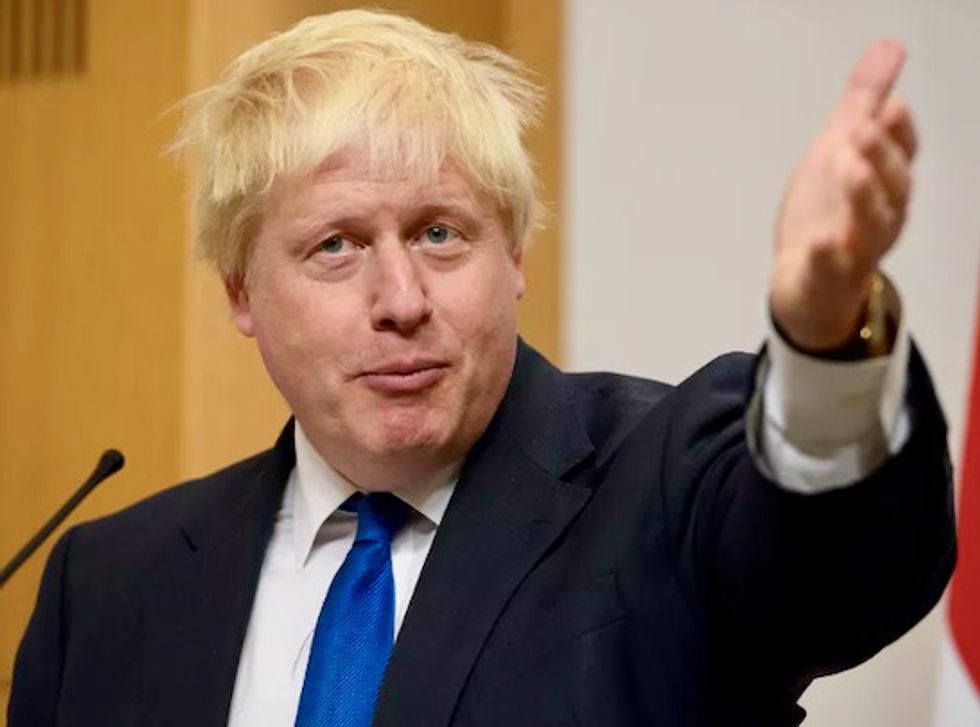 The former London mayor took office Wednesday and purged more than half the ministers who served under his Conservative predecessor Theresa May in the turbulent closing months of her rule.

The shake-up was the biggest in Britain's modern political history and some papers accused the new leader of exacting a Godfather-style revenge on his doubters and rivals.

The Financial Times called it a "remarkable bout of political bloodletting (that) created a hardcore team of Brexiteers determined to take Britain out of the EU on October 31 and primed for an early election".

Johnson himself reaffirmed his commitment to his cabinet Thursday to leave by the twice-delayed October 31 deadline.

"No ifs. No buts," he said in opening remarks that were followed by a traditional banging by ministers on the desk in a sign of approval.

"But we're not going to wait until October 31 to get on with a fantastic new agenda for our country," the 55-year-old said.

The new government is comprised of a mix of social conservatives and Brexit hardliners who argue that leaving the EU after 46 years without an agreement will be less painful than economists warn.

The markets were relieved by the appointment of former Deutsche Bank trader Sajid Javid as finance minister.

The pound held steady against the dollar and euro as traders waited for Johnson's first policy moves.

Other appointments were more divisive.

The Labour opposition-backing Mirror newspaper called it "Britain's most right-wing government since the 1980s".

Johnson argues that his threat of a chaotic "no-deal" divorce will force EU leaders to relent and give Britain better terms that would let it pursue trade deals with powers like China and the United States.

Brexit backers in parliament had accused May of ignoring voters' wishes by promising to keep the UK tied to the bloc's economic rules if necessary to preserve a free-flowing border between EU member Ireland and Britain's Northern Ireland.

Johnson's solution for the frontier revolves around proposals that have been rejected as either unworkable or insufficient by both EU and Irish leaders.

Irish Prime Minister Leo Varadkar -- his heavily trade-dependent nation standing to lose most from a messy EU-UK split -- bluntly told Johnson on Wednesday that he needed to compromise.

"Any suggestion that there can be a whole new deal and negotiated in weeks or months is totally not in the real world," he said.

Johnson will have the backing of his governing Conservative party but not the nation in his first days in office.

He beat the now-former foreign secretary Jeremy Hunt by a two-to-one margin in a vote held by fewer than 160,000 paying members of the Conservatives.

But a YouGov survey found his approval rating in Britain as a whole at just 31 percent.

Even his biggest critics in London and Brussels have been willing to give Johnson a chance to try his own luck at resolving the Brexit mess.

But his problems further abroad are more immediate -- and just as challenging.

Iran's seizure last Friday of a British-flagged tanker in the Gulf thrusts Johnson into the middle of the Islamic republic's escalating standoff with US President Donald Trump.

And Trump's bid to contain China's global clout has forced Britain into an uncomfortable choice over what technology to use in its now-delayed rollout of the next-generation 5G data network.

Johnson boasts a friendship with Trump that his doubters fear will make Britain beholden to the mercurial White House chief's unpredictable foreign policies.

His supporters, however, say the relationship could boost Britain's chances of clinching a post-Brexit trade deal with the United States.