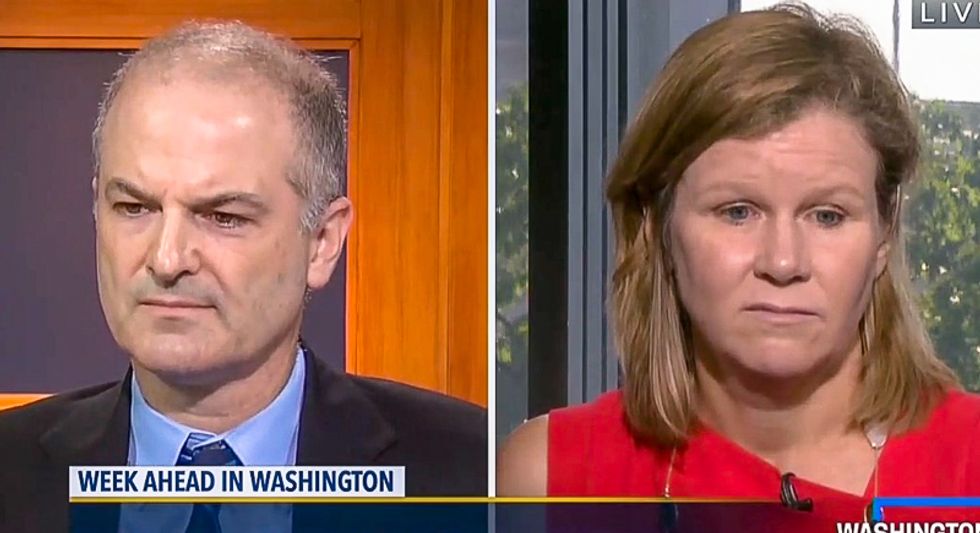 Lara began her call by chastising the media.

"There's a lot of facts that are being walked around," she complained. "For example, regarding the Russia-Mueller thing, it's a proven fact that there was false evidence bought by Obama, Clinton and all the rest... those are facts. That's not an opinion."

Lara called the four Democratic congresswomen her "biggest concern." President Donald Trump has recently made the congresswomen his top target and suggested that they should "go back" where they came from.

"The four -- whatever they're called, the group -- you know, those people, they ascribe to an ideology that has 27 million black African slaves owned by them in their country," she stated. "And that's currently, not 150 years ago. That's not then, but that's now."

"I mean, where are the Democrats leading us to?" Lara added. "I have to ask that question."

At that point, the host cut off the caller, giving the guests a chance to respond.

"They don't own slaves and they've never advocated owning slaves," he added. "I don't think we want to go down those kind of roads."

Congressional reporter Siobahn Hughes observed that Republicans "very consciously have made a decision to focus in on" the four congresswomen.

"Instead of focusing on policy, we have started to veer into questions of race," she said, "and in some cases risk taking us down the road to violence."