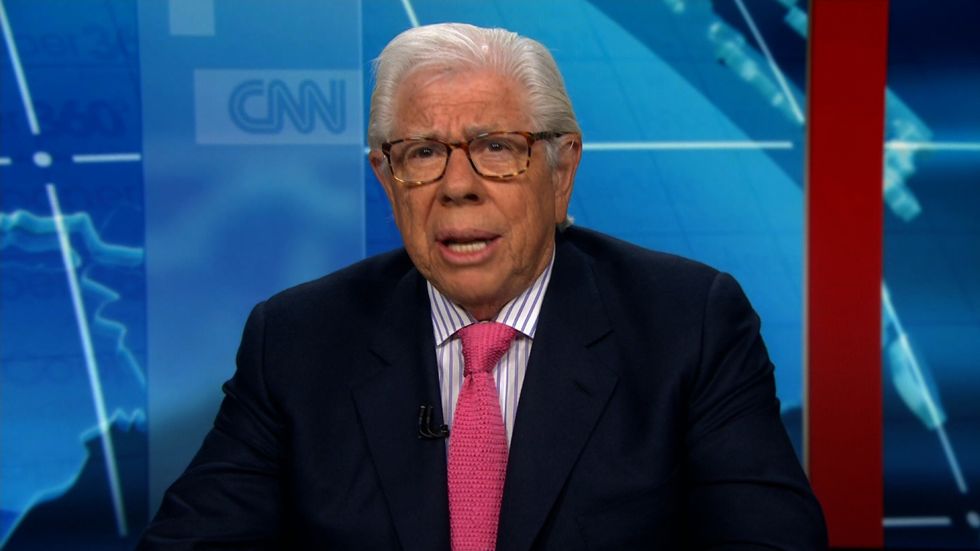 Political journalists will be paying very close attention when former special counsel Robert Mueller publicly testifies before two Democrat-led committees in the House of Representatives on Wednesday, July 17. But veteran journalist/author Carl Bernstein, now 75, believes that many of his colleagues in the media could be doing a better job covering Mueller’s final report for the Russia investigation, and he voiced his complaints during a July 7 appearance on CNN’s “Reliable Sources.”

The media, Bernstein complained, need to spend more time analyzing the contents of Mueller’s report and less time discussing the conflicts between Republican and Democrats in Congress over it.

Bernstein added, “In fact, there are dozens and dozens of leads in there about (President Donald) Trump’s business dealings, things having to do with women as well that we know about from elsewhere — and trying to keep women silent.”

Bernstein stressed, “Our job in the press is to look at these candidates, and that includes Donald Trump’s 30-, 35-year public record in life — in business life, and it is a record of astonishing, disarming conduct as a so-called businessman when in fact, there is a tremendous amount of illegitimate business activity that’s been demonstrated. We need to be looking at every aspect of it.”

The veteran journalist/author went on to say, “We’re in a cold civil war in this country.” Polls, Bernstein asserted, are a “reflection of” that “cold civil war” and “how appealing (Trump’s) message has been to almost half the people in this country. And we’re not making, in the press, the connections between what’s going on in the country and Donald Trump the president.”

Bernstein is no stranger to reporting on political conflicts in the United States: back in the early 1970s, Bernstein and fellow investigative journalist/author Bob Woodward famously teamed up to cover the Watergate scandal and President Richard Nixon’s final months in office. In June 1974, only two months before Nixon’s resignation, Bernstein and Woodward’s bestselling book, “All the President’s Men” was released — and that book became the basis for a Hollywood film adaptation released in 1976. Robert Redford played Woodward, while Dustin Hoffman played Bernstein.

In the Trump era, Woodward and Bernstein have often appeared on cable news to discuss Mueller’s Russia investigation.

Trump, Bernstein told Stelter, realizes that the U.S. is in a “cold civil war” and has taken advantage of the country’s bitter divisions.

“This cold civil war pre-dates Donald Trump,” Bernstein asserted. “And Donald Trump understood that we’re in a cold civil war in this country, and he has exploited it and brought this cold civil war almost to the point of ignition through his actions and his words — which are unprecedented in terms of presidential conduct. No president in the history of the United States in 247 years has expressed the kinds of ideas and thoughts and undemocratic notions and authoritarian notions that he has. We need to start connecting these dots.”