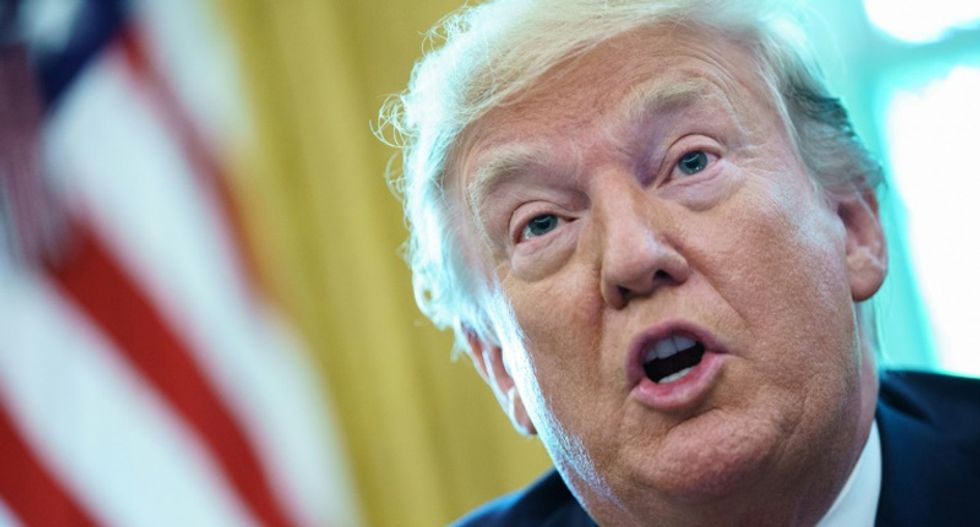 On Monday's edition of CNN's "The Situation Room," as fallout continues from President Donald Trump's racist attacks on four progressive black and Hispanic women lawmakers, White House correspondent Jim Acosta showed viewers a supercut of some of the president's most racist behavior in recent years.

"President Trump is doubling down on his racist tweet aimed at four Democratic women of color in Congress," said Acosta. "The president is dumping more fuel on the firestorm he touched off by telling those members of Congress, if they aren't happy in this country, they can leave. President Trump is defending his racist attacks on Twitter, not concerned that his tweets aimed at four women of color in Congress may appeal to white nationalists."

"It doesn't concern me because many people agree with me and all I'm saying — they want to leave, they can leave. Now, it doesn't say leave forever. It says leave," said Trump.

"Referring to congresswomen Alexandria Ocasio-Cortez, Rashida Tlaib, Ilhan Omar, and Ayanna Pressley," continued Acosta. "The president tweeted they could 'go back to where they came from.' But three of them were born in the U.S. The fourth, Omar, came here as a child and became a citizen. There were no apologies from Mr. Trump as he took the incendiary rhetoric one step further, telling the women they can leave the country."

"The race-baiting rhetoric is the cornerstone of his rise in American politics, going back to birther attacks on Barack Obama," said Acosta, playing a clip of Trump saying, "People are trying to figure out why isn't he giving his birth certificate, it's not a birth certificate."

"That's racist, Obama was born in Hawaii," said Acosta. "Then there were his comments about immigrants crossing the Mexican border as he launched his campaign."

"That's racist too," said Acosta. "Then there was his equivocating over white nationalists and neo-Nazis spreading violence in Charlottesville."

"Excuse me. Excuse me," said Trump in the clip from 2017. "You had some very bad people in that group, but you also had people that were very fine people. On both sides."