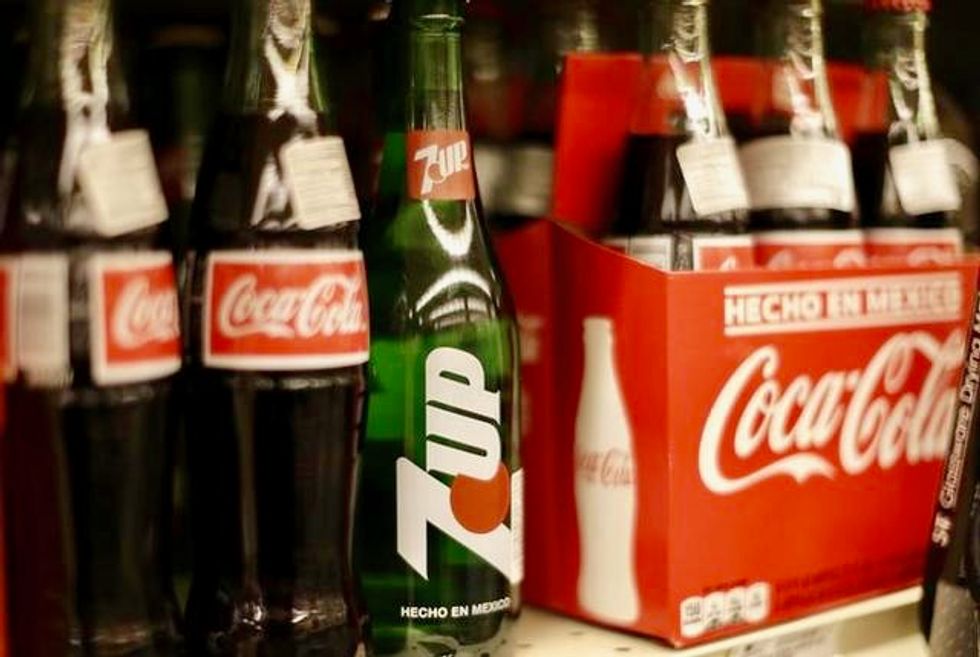 Consumption of sugary drinks such as soda and fruit juice is linked to a higher risk of developing certain kinds of cancer, researchers reported on Thursday.

The consumption of sugary drinks has exploded worldwide in recent decades and the high-calorie beverages have already been associated with a elevated risk of obesity -- itself recognised as a leading cancer risk factor.

A team of researchers in France wanted to assess the associations between heightened consumption of sugar drinks and the risks of overall cancer, as well as several cancer types, including breast, prostate and bowel cancers.

The participants, who were followed for a maximum of nine years, completed at least two 24-hour online validated dietary questionnaires, calculating their daily consumption of sugar and artificially sweetened beverages as well as 100 percent fruit juices.

Researchers measured the daily intakes of sugary drinks against those of diet beverages and compared them to cancer cases in participants' medical records during the follow-up period.

During a follow-up, researchers found 2,193 cases of cancer were diagnosed, the average age at diagnosis being 59 years.

Authors of the study, which appeared in the BMJ medical journal, stressed their work was based on observation and so could not establish the cause of cancer prognoses.

But the sample size was large and they adjusted for a number of other influential factors.

Its authors suggested that, based on their findings, taxing sugary products could have a significant impact on cancer rates.

"This large, well-designed study adds to the existing evidence that consumption of sugary drinks may be associated with increased risk of some cancers," Graham Wheeler, senior statistician of the Cancer Research UK said of the study.