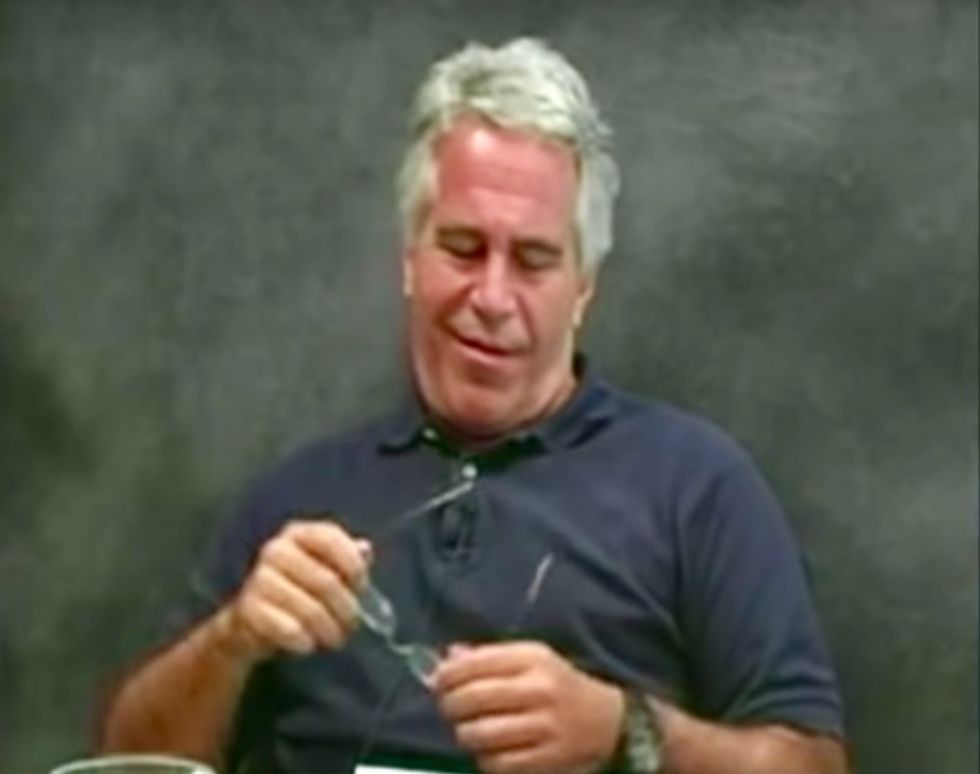 The expected unsealing of a new indictment against convicted sex offender Jeffrey Epstein could expose the dirty secrets of some of the world’s most powerful figures.

In a development that shows that the #MeToo movement is chipping away at the wall of protection that powerful men have constructed around themselves, financier Jeffrey Epstein, who has ties to influential people such as Bill Clinton, Donald Trump and Britain's Prince Andrew, is expected to appear in Federal court Monday on new charges of sex trafficking of underage girls. Epstein was arrested at Teterboro airport in New Jersey on Saturday night after returning from Paris in his private jet.

The case deals with allegations that Epstein, a 66-year-old hedge fund manager, paid underage girls for massages and molested them at his homes in Florida and New York, a law enforcement official told the Associated Press.

Epstein has long been notorious for surrounding himself with young girls – so much so that the media nicknamed his private plane “The Lolita Express”. He was cited in a 2016 lawsuit filed by a woman who alleged that Donald Trump raped her in 1994 during a party at Epstein’s house when she was just 13. The lawsuit was later withdrawn. Trump has denied the allegations.

Many are watching to see if Trump’s name appears in documents due to be unsealed today. The current charges, however, are reported to be in relation to alleged crimes dating back to 2000, well after the woman claimed her encounter with Trump took place.

The two were certainly friendly. In 2002, Trump told New York magazine that Epstein was a “terrific guy” who he had known for 15 years at the time. “He’s a lot of fun to be with,” Trump continued. “It is even said that he likes beautiful women as much as I do, and many of them are on the younger side.”

Epstein’s Saturday arrest comes more than a decade after US Secretary of Labor Alex Acosta, who was then US Attorney for the Southern District of Florida, made a then-secret plea deal with Epstein that let him get off with a light sentence and has since come under immense criticism.

Epstein first came under investigation in 2005 after police in Palm Beach, Florida received reports that he had sexually abused minors in his mansion there. Epstein has said in court filings that his encounters with alleged victims were consensual and that he believed they were 18 when they occurred.

By 2007, Epstein was facing a potential federal indictment for sexually abusing dozens of girls as young as 14 between 1999 and 2007, directing others to abuse them and paying employees to bring victims to him, according to court filings.

However, Epstein struck a deal in which he pleaded guilty to Florida state charges of soliciting and procuring a person under 18 for prostitution. He served a 13-month sentence in county jail, during which he was allowed to leave during the day to go to his office. He was required to reach financial settlements with dozens of his victims and register as a sex offender but was able to keep his multiple homes – including one in Paris – and his Bentley.

Acosta has defended the plea deal as appropriate under the circumstances, though the White House said in February that it was “looking into” his handling of the deal.

But the deal has been challenged in court by several of Epstein’s accusers, who say they were denied a chance to have their views about it heard, in violation of the federal Crime Victims’ Rights Act. In February of this year, a US district judge in Florida agreed, ruling that the deal violated the law. He is now weighing whether to invalidate the deal.

Even so, the US Department of Justice said in a court filing last month there was no reason to cancel the agreement.

Further, there are no double jeopardy implications – meaning Epstein cannot be tried twice for the same crime – because Epstein’s guilty plea involved only state crimes, while the current case involves federal law.

A US Justice Department office is investigating whether government attorneys committed professional misconduct in the Epstein case.

According to court records in Florida, authorities say at least 40 underage girls were brought into Epstein’s Palm Beach mansion for what turned into sexual encounters after female fixers looked for suitable girls locally and in Eastern Europe and other parts of the world.

Some girls were also allegedly brought to Epstein’s homes in New York City, New Mexico and a private Caribbean island, according to court documents.

Brad Edwards, a lawyer who represents some of Epstein’s accusers, told Reuters on Sunday that he had taken many calls from “victims crying tears of joy” since news broke of Epstein’s arrest.

“One just kept repeating that she was so happy he was finally off the streets,” Edwards said.