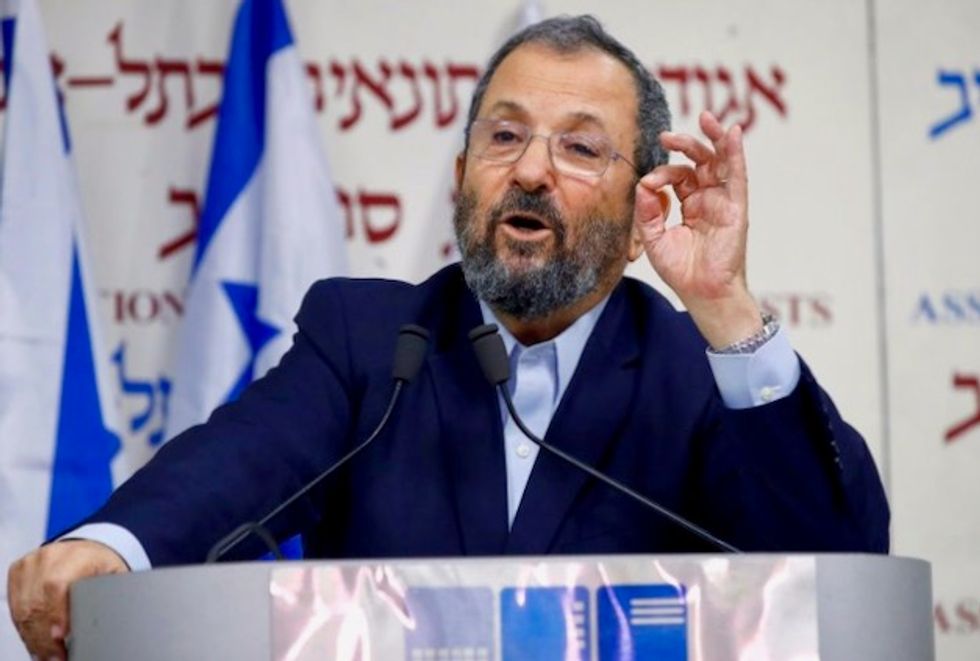 Britain's Daily Mail newspaper on Thursday defended its decision to publish photos of one of Israeli Prime Minister Benjamin Netanyahu's election rivals entering the mansion of disgraced US financier Jeffrey Epstein in 2016.

Ehud Barak's lawyers wrote to the Daily Mail on Wednesday demanding that it retract Tuesday's story and pay "substantial damages to vindicate his reputation and compensate him".

Epstein had already been convicted in 2009 as a sex felon and served a 13-month prison term.

He was arrested in New York on July 8 this year on charges of sexually exploiting dozens of underage girls.

The Daily Mail "stands by its recent story concerning Ehud Barak's relationship with the convicted paedophile Jeffrey Epstein 100 percent," the newspaper said in a statement to AFP.

"We note that Mr Barak's assertion that he was not party to Mr Epstein's illegal activities is a denial of a claim we have never made."

The popular newspaper and website ran photos of four young women separately entering Epstein's New York residence around the same time as Barak himself went in.

Israeli media have also highlighted his past business ties with Epstein.

Barak hinted that Netanyahu and his allies could ultimately be behind the media attention.

"The reason for the latest article is that Mr Barak has now admitted he is the man in the photographs," the Daily Mail statement said.

It added that it would not be removing the story from its website because "it is absolutely clear that this is a story of the utmost public interest".

Barak is a former armed forces chief of staff who succeeded Netanyahu as prime minister in 1999 and served as defence minister under him from 2009 to 2013 before retiring from politics.

He formed a new party in June that will compete in September legislative elections Netanyahu called after being unable to form a new government in the wake of inconclusive April polls.

Barak sounded a defiant note in the face of the mounting allegations at a rally late Wednesday.

"I am a feminist," he said to audience applause.