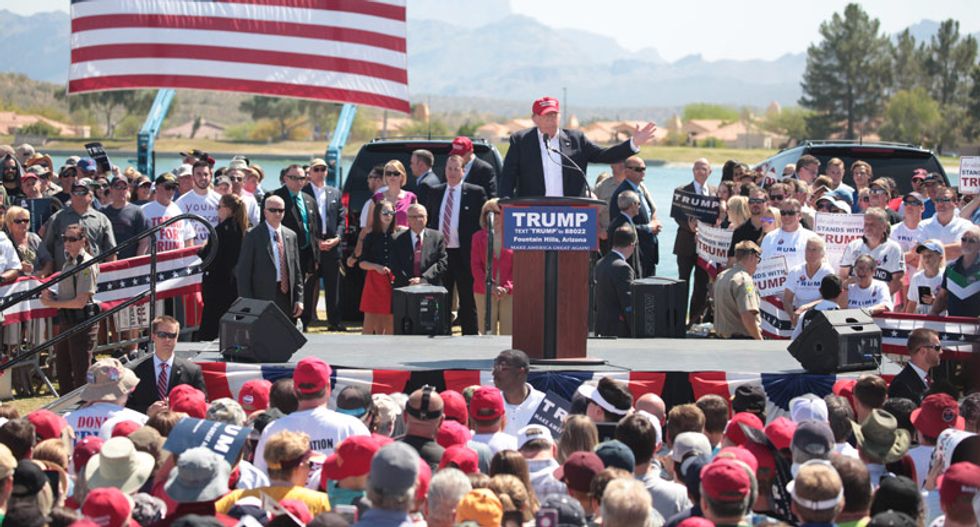 President Donald Trump couldn't stop tweeting the photo of his crowd size from the Lincoln Memorial on the Fourth of July. The president evidently hadn't seen the larger crowd photos from the Capitol Hill concert.

Trump first tweeted a photo from his account showing a look out upon the steps of the Lincoln Memorial and the sides of the reflecting pool. Approximately 90 minutes later, Trump then retweeted himself.

The president then retweeted the same photo twice more from his new press secretary and conservative host Graham Ledger.

Twitter users also couldn't help but notice that the crowd size still wasn't even close to what former President Barack Obama had at his first inauguration.

Another person alleged that another similar image had been photoshopped to include a concert that was on the Mall years ago.