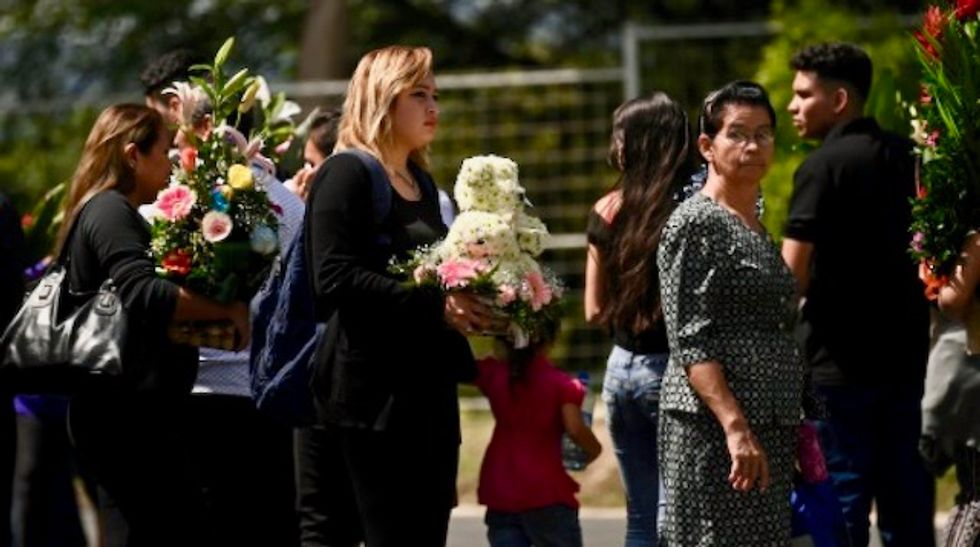 People attend the funeral of Salvadoran migrant Oscar Martinez and his toddler daughter Valeria, who both drowned while trying to cross the Rio Grande from Mexico to the United States, at La Bermeja cemetery in San Salvador on July 1, 2019 AFP

The bodies of a man and his toddler daughter who drowned while trying to cross the Rio Grande from Mexico to the United States were laid to rest in a funeral ceremony Monday in their native El Salvador.

The remains of Oscar Alberto Martinez, 25, and his 23-month-old daughter Valeria, had been brought by road from Mexico through Guatemala, and arrived in the capital San Salvador on Sunday.

Around 300 people attended the ceremony, singing and carrying flowers, as the two were buried side by side in La Bermeja cemetery.

She had watched helplessly from the banks of the river as they were swept away by a current.

A shocking picture of their lifeless bodies, lying face down in the river, fueled outrage around the world, with some people blaming the US crackdown on border crossings for their deaths.

US President Donald Trump last month threatened tariffs on all Mexican imports unless the country cracked down on people pouring across the border into the United States.

Mexico in turn agreed to bolster security on its northern and southern borders, and expanded its policy of taking back migrants as the US processes their asylum claims, to avoid the tariffs.

Most of the migrants are from violence-riven Central American countries including El Salvador.