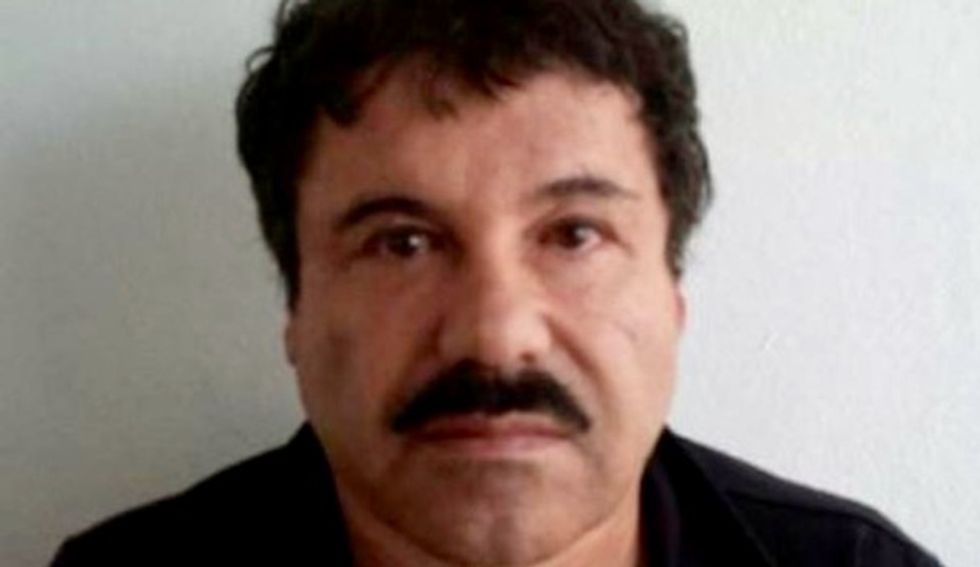 Joaquin "El Chapo" Guzman -- seen here in a photo released in 2014 by Mexican authorities -- is expected to spend the rest of his life in a US federal maximum security prison, unless his appeal is granted PGR/AFP/File

Fallen Mexican drug lord Joaquin "El Chapo" Guzman, once one of the world's most powerful and notorious criminals, has appealed his life sentence, court documents published on Monday showed.

Guzman, the 62-year-old former co-leader of Mexico's feared Sinaloa drug cartel, was convicted in February of smuggling hundreds of tons of cocaine, heroin, methamphetamine and marijuana into the United States.

On Wednesday last week, he was sentenced to life in prison in a New York federal courtroom, and sent to the notorious ADX federal maximum security prison in the US state of Colorado nicknamed the "Alcatraz of the Rockies."

A symbolic 30 years was also added to the sentence and he was also ordered to pay $12.6 billion in forfeiture -- a sum based on a conservative estimate of revenues from his cartel's sales in the United States.

Guzman's new lawyer, Marc Fernich, filed an appeal the next day, documents show. Fernich did not immediately comment when contacted by AFP.

A decision by an appeals judge could take up to a year.

Guzman -- whose moniker "El Chapo" translates as "Shorty" -- is considered the most influential drug lord since Colombia's Pablo Escobar, who was killed in a police shootout in 1993.

He was extradited from Mexico to the United States in January 2017.