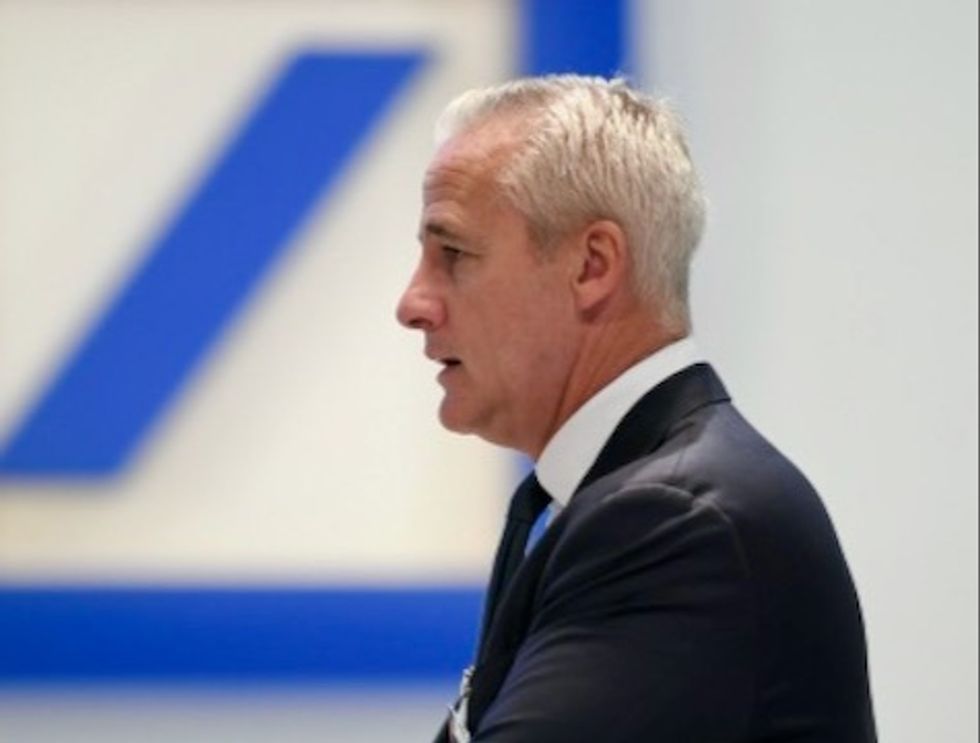 Germany's struggling lender Deutsche Bank said Friday the chief of its investment banking division was leaving the institution "by mutual agreement" ahead of a vast restructuring exercise.

Garth Ritchie, 51, was named in 2017 as co-head of Deutsche's then newly created Corporate & Investment Bank, and became its sole chief a year later.

He picked up a Brexit windfall in 2018, receiving a three-million-euro per year "functional allowance" for "additional responsibility in connection with the implications of Brexit" -- effectively doubling his annual pay.

A major cost-cutting plan is to be put to the bank's board on Sunday, with media reports suggesting that up to 20,000 jobs could go out of the total of 91,500 posts the bank reported in March.

Top of the list for cuts is the investment bank.

Once the flagship division of the group, the 37,000-strong unit has been undermined by scandal for years.

Last year, one-quarter of its stocks trading staff in the US were let go, and a source close to the bank told AFP more such steps could be coming.

Sharp reductions in the payroll were also feared earlier this year when Deutsche entered detailed talks on a potential merger with hometown rival Commerzbank but the deal fell through in April.

The group is due to unveil its second-quarter results on July 24.