Equipped with a satellite tracker, fox crosses Arctic to reach Canada from Norway in record time 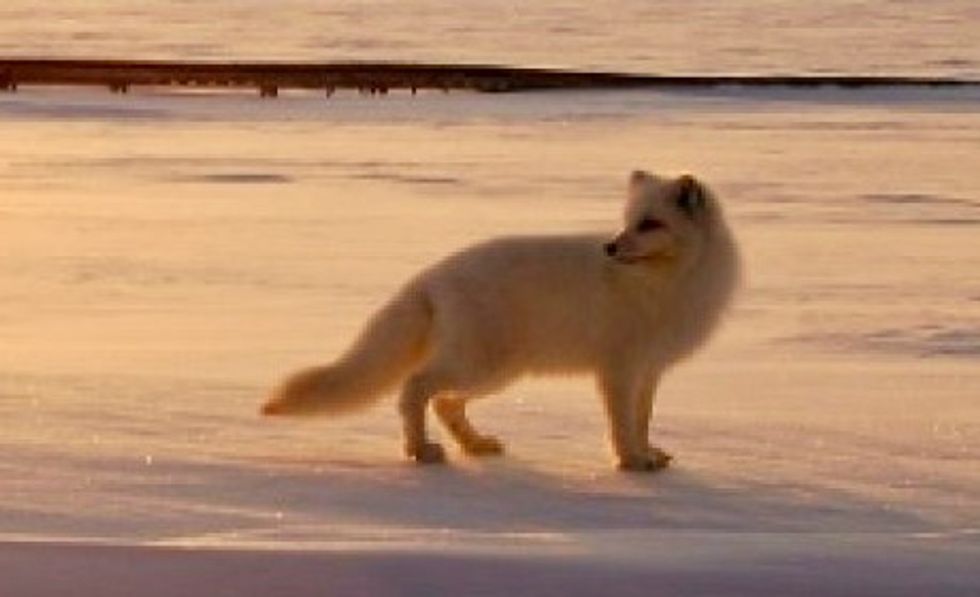 An Arctic fox hunting in Svalbard. Another fox covered some 3,500 killoments (2,200 miles) in just 76 days in an unprecedented trek to northern Canada AFP

Covering some 3,500 kilometers (220 miles) over the polar ice sheets in only 76 days, an arctic fox has reached Canada after setting off from Norway in an unprecedented feat of endurance.

The journey is not only a testament to the fox's stamina but also highlights the important role ice sheets serve for the migration of Arctic wildlife and the threat global warming poses to the ecological balance.

Arnaud Tarroux, one of the researchers behind the study recording the fox's trek published by the Norwegian Polar Institute, warned that "less ice... will mean less opportunities for this type of migration".

The arctic fox was equipped with a satellite tracker in July 2017 and set off from the island of Spitsbergen in the Norwegian Svalbard archipelago, about 1,000 kilometers from the North Pole, on March 26 2018.

On July 1, 76 days after leaving Norway, the fox reached Ellesmere Island, one of Canada's northernmost communities, completing a journey of 3,506 kilometers.

"This species is even more enduring and faster than what has been observed in the past," Arnaud Tarroux told AFP Wednesday.

"It's a young female, less than a year old, therefore relatively inexperienced, literally going out to discover the world and surviving an Arctic crossing on her first attempt," he continued.

Adding to the impressive feat is that the young vixen covered the first 1,512 kilometers to reach Greenland in just 21 days.

"This is the first observation that shows in detail that an arctic fox has migrated between different continents and ecosystems in the Arctic, and one of the longest migrations ever recorded for an arctic fox in such a short period of time," the Norwegian Polar Institute noted in a statement.

The fox withstood the arid polar environments and moved at an average daily rate of 46.3 kilometers, with a daily record of 155 recorded while crossing Greenland.

Why the fox opted to leave for Canada is unclear.

"It is quite possible that it is simply a series of coincidences that led her to find herself in an area of the Canadian arctic at the right time to find enough resources to be able to settle there," Tarroux said.

The fox's current whereabouts are unknown since the tracking system stopped working in February 2019.