Ex-GOP rep. blasts his own party over racist Trump rallies: 'Republicans are going to get wiped out in 2020' 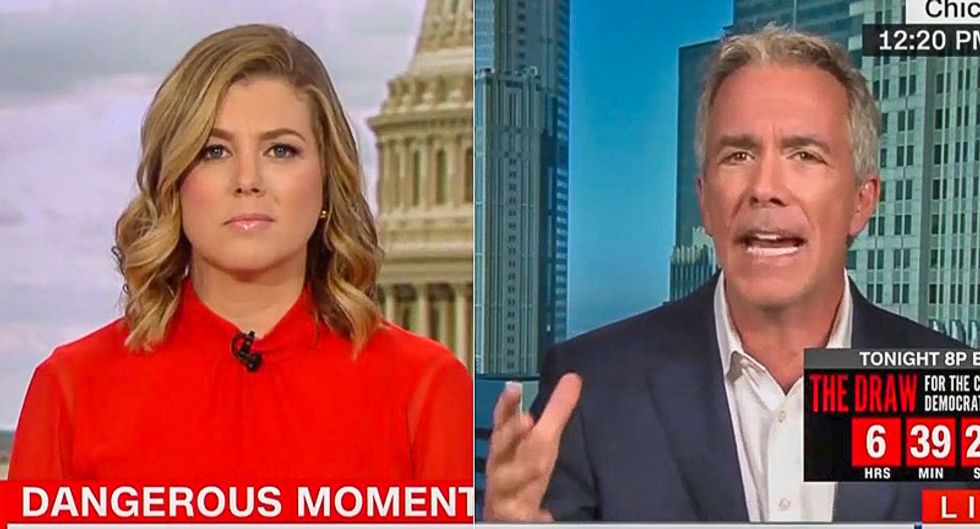 Former Republican Congressman Joe Walsh warned his fellow party members on Thursday that they would "get wiped out in 2020" if they failed to denounce the racism seen at Trump rallies.

Walsh told CNN's Brianna Keilar that Trump voters who chanted "send her back" to Democratic Rep. Ilhan Omar (D-MN) are full of "hatred."

"It’s ugly, it’s racist, it’s anti-American, and it ought to be denounced," Walsh said. "And Brianna, it should have been denounced by the president last night. But he’s not capable of it.

According to Walsh, Republican lawmakers have privately told him that they "can’t stand what the president has unleashed, this big bowl of ugly."

"These Republicans have got to get the courage to stand up publicly and denounce this," he insisted. "If my former colleagues, Brianna — I get worked up about this — if they don’t strongly, publicly denounce this un-American crap, Republicans are going to get wiped out in 2020."