Ex-Peru president wanted for corruption arrested in the US 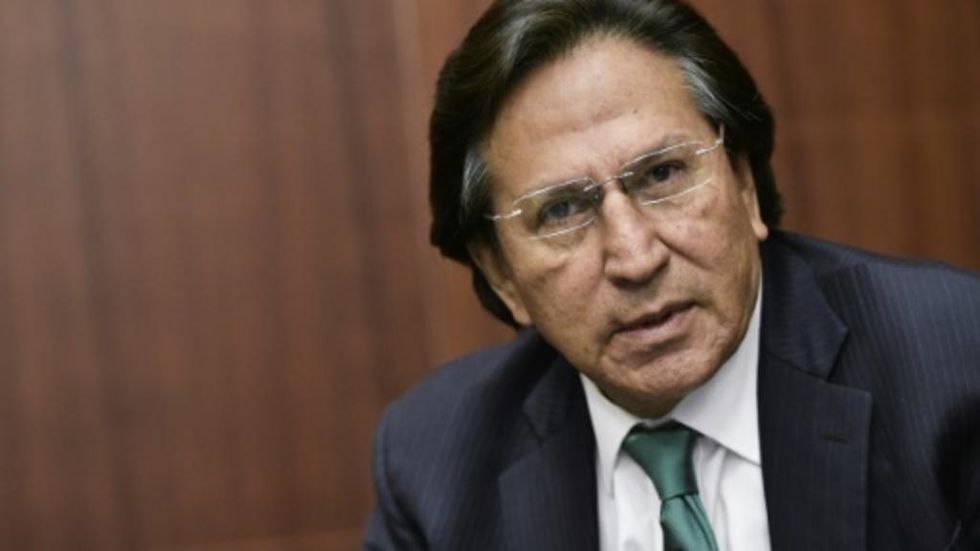 Former Peruvian president Alejandro Toledo was arrested in the United States Tuesday to face extradition to his home country on corruption charges, authorities in the South American nation said.

The 73-year-old is suspected of involvement in the sprawling Odebrecht scandal in which the construction giant paid hundreds of millions of dollars in bribes throughout the continent to secure huge public works contracts.

The Peruvian attorney general's office announced on Twitter that Toledo "was arrested this morning for extradition, in the United States."

Toledo has been formally charged with receiving a $20 million payment from Odebrecht to grant it the tender to build the Interoceanic Highway that links Peru with Brazil.

He is accused of influence peddling, collusion and money laundering to the detriment of the Peruvian state.

His lawyer, Heriberto Benitez, told the press that his arrest "doesn't mean an extradition has been approved. It's the start of an extradition process in the hands of the United States."

The extradition process could last six to eight months, according to experts.

In March, the Peruvian-Israeli businessman, Josef Maiman, a personal friend of Toledo's, signed a collaboration deal with Peru's public prosecutor in which he claimed Odebrecht had paid $35 million into his accounts as bribes for the ex-president, press reports claim.

Peruvian prosecutors opened an investigation into Toledo and two other former presidents -- Pedro Pablo Kuczynski and Alan Garcia -- in June 2018.

Garcia committed suicide in April after police arrived at his house to arrest him for money laundering.

Kuczynski, who is 80 and underwent heart surgery in May, is being held under house arrest, also accused of money laundering.

A fourth former president, Ollanta Humala and his wife Nadine Heredia were indicted in May for allegedly laundering assets.