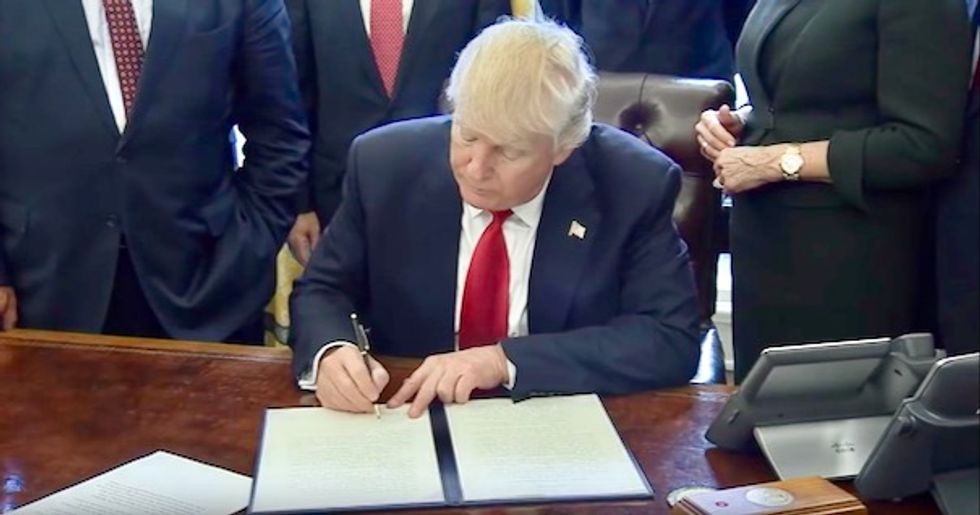 Experts are warning America will face a legitimate constitutional crisis if President Donald Trump defies the U.S. Supreme Court and uses executive power to order his citizenship question added to the 2020 Census.

Here's what some experts across the political spectrum are saying:

The Trump Administration has backed itself into a corner. It’s hard to see how they will legally be able to add a… https://t.co/DpdsOsYwU3
— Renato Mariotti (@Renato Mariotti)1562799842.0

Defying the Supreme Court’s directive would open a seal that no one should want to see broken. It betrays the admin… https://t.co/fqTfYpPnx5
— Noah Rothman (@Noah Rothman)1562844745.0

Defying the Supreme Court and violating Article One of the Constitution re the census meets any test of a constitut… https://t.co/495gvBsUPR
— Jonathan Alter (@Jonathan Alter)1562850084.0

@sjstill My guess is it would get challenged in court, struck down and he will back down. If he did not...constitu… https://t.co/sPrnFMNVxC
— David Rothkopf (@David Rothkopf)1562850526.0

This Is a constitutional crisis in full bloom. Trump wants to ignore a Supreme Court decision he doesn’t like. If h… https://t.co/ka2aZQMFlm
— Joyce Alene (@Joyce Alene)1562353192.0