Final hours of voting in race to become British PM 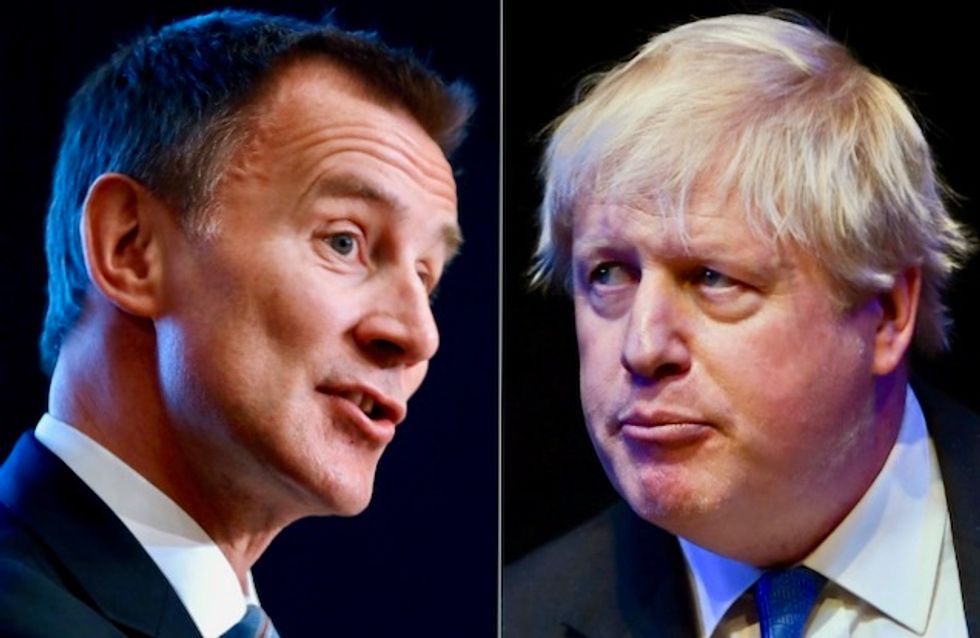 The voting closes Monday in the contest to become Britain's next prime minister, with Boris Johnson expected to be confirmed as the winner charged with delivering Brexit.

After a month-long contest between former London mayor Johnson and Foreign Secretary Jeremy Hunt, the postal votes of up to 160,000 grassroots Conservatives will decide the governing party's next leader.

The result will be announced on Tuesday, with the winner immediately becoming the new Conservative leader, the victor taking office as prime minister on Wednesday.

Both candidates have had a rocky end to the campaign.

Finance minister Philip Hammond announced Sunday that he would make a point of resigning before Johnson became prime minister, saying he could never agree to his Brexit strategy.

Meanwhile Hunt has had to deal with the fallout of Iran's seizure of a British-flagged tanker in the Gulf.

In one of her final acts as prime minister, Theresa May will chair a meeting of Britain's COBR emergencies committee at around 10:30am (0930 GMT).

"As well as receiving the latest updates from ministers and officials, the COBR meeting will discuss the maintenance of the security of shipping in the Persian Gulf," a Downing Street spokeswoman said.

Hunt said parliament would be updated Monday on the situation in the Gulf.

The final posted votes will be delivered to Conservative headquarters in London on Monday morning. Any last remaining votes will have to be delivered by hand or courier.

An online poll of 1,199 members conducted Friday and Saturday by the Conservative Home website put Johnson on 73 percent.

Bookmakers give Hunt around a one in 15 chance of winning.

The Conservatives command a razor-thin majority in parliament's lower House of Commons and Johnson's opponents -- both within and outside the party -- are keen to scupper his leadership.

AFP/File / Chris J Ratcliffe Finance minister Philip Hammond, who has made it clear he will resign rather than serve under Boris Johnson, is dead set against a no-deal Brexit

Johnson has vowed to take Britain out of the European Union on October 31, with or without a divorce deal.

Opponents of Brexit, and especially of a no-deal departure, are plotting moves against Johnson.

Some Conservatives, Hammond included, have hinted they are prepared to bring down their own government rather than accept leaving the EU without an agreement.

Hammond has no illusions of remaining in post under a Johnson premiership, and has said he will resign before being moved on in a reshuffle.

"I cannot accept the idea of leaving with no deal on October 31," Hammond said.

The Sunday Times newspaper reported that up to six europhile Conservative MPs were considering defecting to the centrist, pro-EU Liberal Democrats should Johnson win -- leaving him without a Commons majority.

Hammond, May and Hunt are the only three ministers who have continuously stayed in the cabinet since the Conservatives returned to office in 2010 under the then prime minister David Cameron.

May will answer questions in parliament as prime minister for the final time at midday (1100 GMT) Wednesday before heading to Buckingham Palace to tender her resignation to Queen Elizabeth II.

The head of state will then invite the new Conservative leader to form an administration.

If Johnson wins the leadership contest, Hammond will resign between prime minister's questions in parliament and May going to see the sovereign.