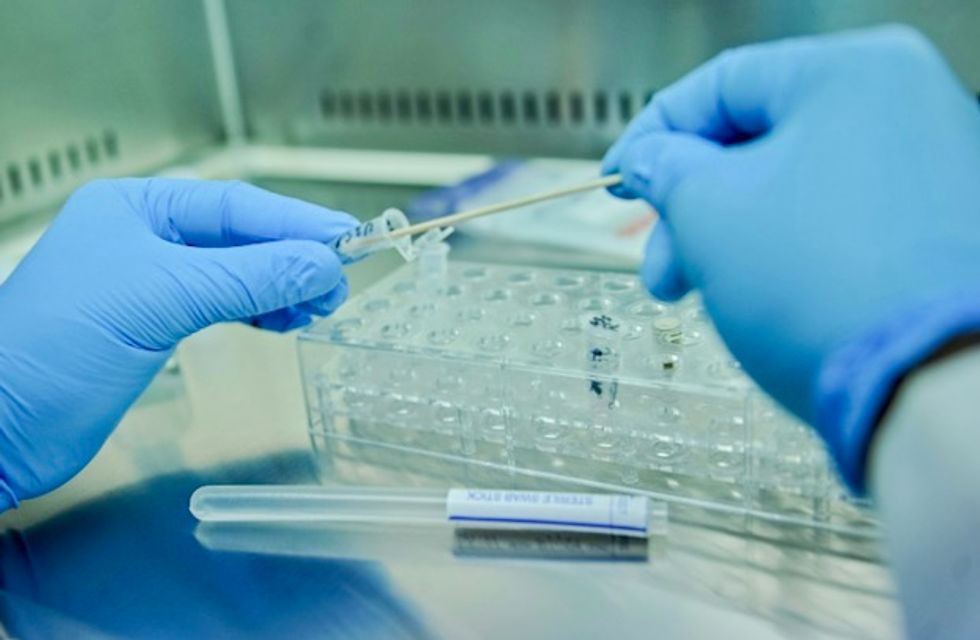 About 70 cases have been solved using "genetic geneology," and for the first time the technique has also proved a man's innocence AFP/File / Mohamed ABDIWAHAB

An American man was exonerated Wednesday for a decades-old murder he did not commit, using evidence based on DNA and a genetic family tree, the first such result using a revolutionary investigative technique.

On Wednesday, a court in the state of Idaho completely overturned his conviction based on evidence found with "genetic genealogy" -- the technique used to identify the suspected "Golden State Killer" by making DNA matches with his distant relatives.

"It's a new life, a new beginning, a new world for me, and I'm just gonna enjoy every day," Tapp said at the end of the hearing, local media reported.

Tapp's exoneration came after police arrested another suspect, Brian Dripps, in May. Dripps, who was identified using genetic genealogy, confessed to the crime.

Genetic genealogy first made headlines in April 2018, after it was used to find the alleged "Golden State Killer" in California who is blamed for 12 murders and more than 50 rapes dating back to the mid-1970s.

In that case -- as well as about 70 others that have been solved since -- DNA found at crime scenes was compared to the databases for genealogy websites.

The websites -- widely advertised in the United States -- allow users to post DNA test results and then generate a list of people with similar genomes, enabling users to find distant relatives.

The databases also allow police officers to search through people with similar genetic profiles to DNA found at crime scenes. Tracing back through family trees and seeing where the DNA crosses can lead investigators to a suspect.

But Tapp's case is the first in which genetic genealogy has been used to prove innocence.

"It's just such an incredible feeling to be a part of clearing an innocent man's name," CeCe Moore, the genetic genealogist who worked on the case, said in an interview with ABC.

The case against Tapp began to crumble before investigators started to use genetic genealogy.

In 1998, Tapp was sentenced to 30 years in prison based solely on his confession, which he then retracted.

In 2017, he was freed from prison in a court agreement, but the murder charge was not dropped.

Dripps, who in 1996 lived just across the street from Dodge, confessed to the crime after officers tested a cigarette butt he had thrown away against the crime scene DNA.

The Idaho Bonneville County prosecutor withdrew the charges against Tapp and filed a motion to exonerate him, which a judge endorsed on Wednesday.