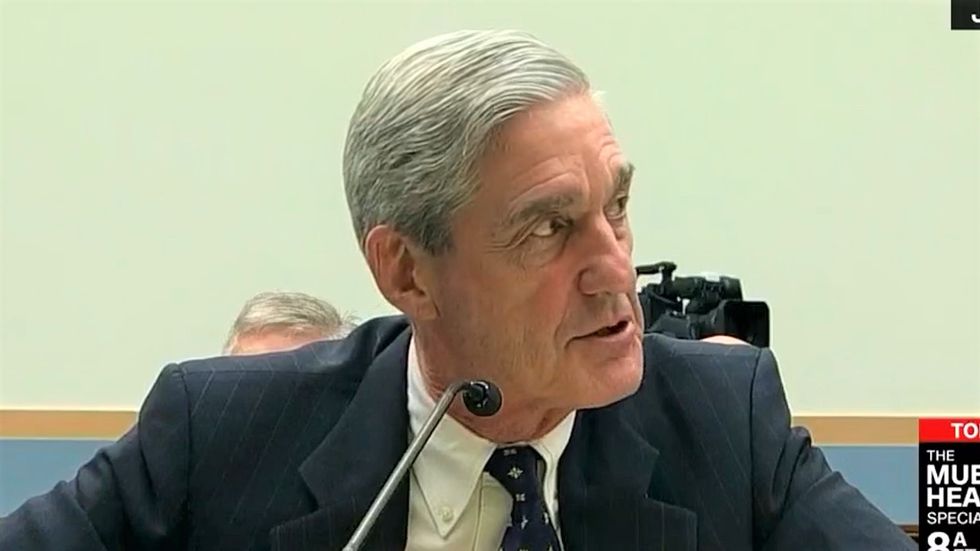 While previewing former special counsel Robert Mueller's upcoming testimony before the House of Representatives, CNN on Tuesday played a clip from six years ago showing Mueller schooling Rep. Louie Gohmert (R-TX), who tried to corner the then-FBI director about his agency's work on the 2013 Boston Marathon bombing.

During the hearing, Gohmert tried to get Mueller to explain why the FBI supposedly hadn't visited the mosque that was frequented by the Tsarnaev brothers, the two American citizens of Chechen descent who carried out the attack.

"Why did no one go to the mosque and say, who are these guys?" Gohmert asked. "Why was that not done?"

"Your facts are not all together..." Mueller began.

"Sir, if you're going to call me a liar, you need to point out specifically where any facts are wrong!" Gohmert interrupted.

"Uh, we went to the mosque," Mueller replied. "Prior to Boston, we were in that mosque talking to the imam several months beforehand as part of our outreach efforts."

"Were you aware that the mosque was founded by [Abdul Rahman al-Amoudi, a Muslim activist who was convicted in 2004 of financial and conspiracy charges]?" Gohmert then asked.