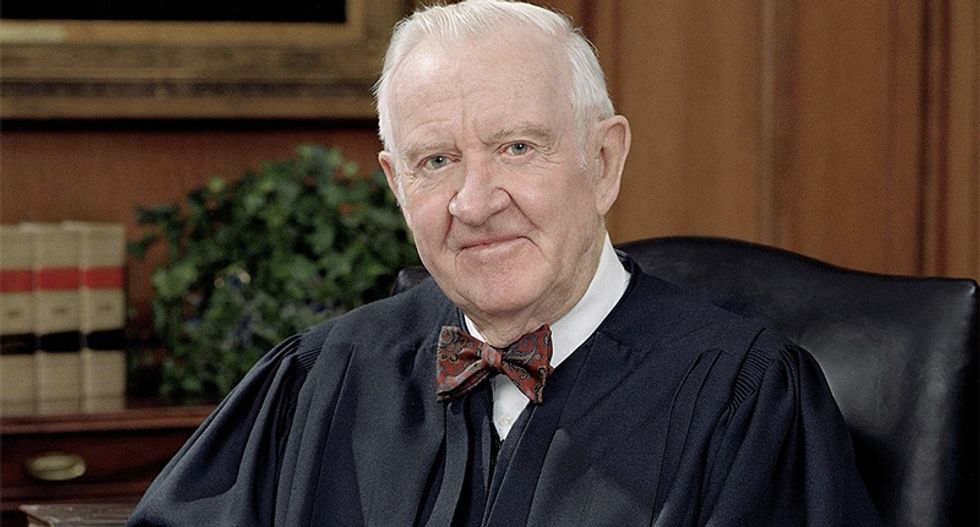 SCOTUS Blog is reporting and ABC News has confirmed that former Supreme Court Justice John Paul Stevens has passed away at the age of 99.

Stevens was nominated by President Gerald Ford in 1975 and served until his retirement in 2010 when he was 90 years old. He served for 35 years, one of the longest-serving justices in history.

Stevens penned an autobiography of the inner workings of the High Court earlier this year.

According to The Seattle Times book review, one of the more interesting passages dealt with the notorious case Bush v. Gore, that ultimately handed the election to former President George W. Bush.

He described watching the Florida recount in 2000, and knew that the incident would probably not come to the Supreme Court, because "the Constitution, after all, expressly delegates the 'time, place, and manner' of elections to the states."

"He was so confident, in fact, that he made plans to go out of town," the review reads. "He was shocked when a majority of the court rushed to intervene and to stay the Florida recount, effectively handing the presidency to George W. Bush."

“I remain of the view that the Court has not fully recovered from the damage it inflicted on itself in Bush v. Gore,” he wrote of the incident.