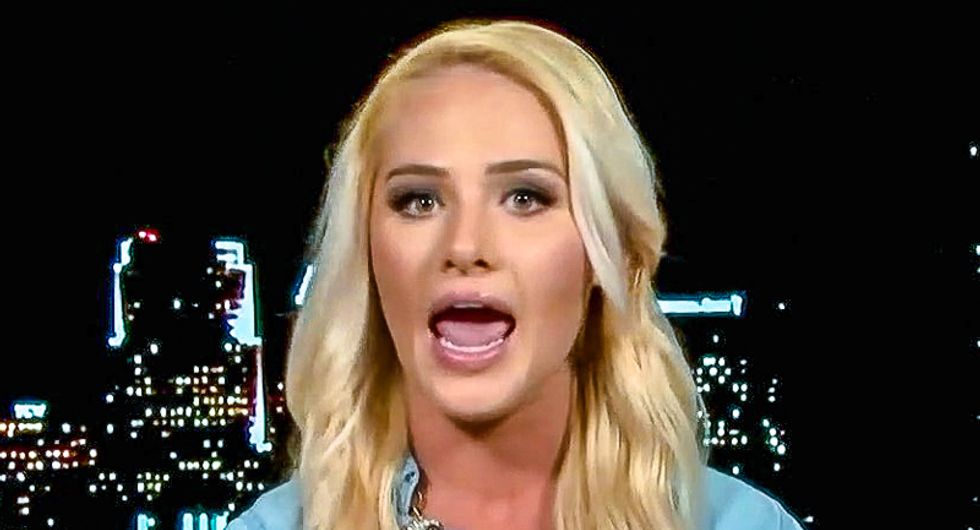 On Wednesday, during the Democratic debate in Detroit, Fox News host Tomi Lahren tweeted a graphic and sexist attack on Sen. Kamala Harris (D-CA), accusing her of using sex to advance her career because of her youthful relationship with former California Assembly Speaker and San Francisco Mayor Willie Brown:

Her remark was instantly decried on social media:

@TomiLahren As a a huge Trump supporter, I have zero intention on voting for Kamala Harris. But it's completely ina… https://t.co/uejgPHJ3Xq
— Melik Abdul (@Melik Abdul) 1564619419.0

@TomiLahren Calling other women whores and sluts doesn’t make you any smarter or more likeable, it makes you dumb e… https://t.co/poue0AM7EV
— feminist next door (@feminist next door) 1564621194.0