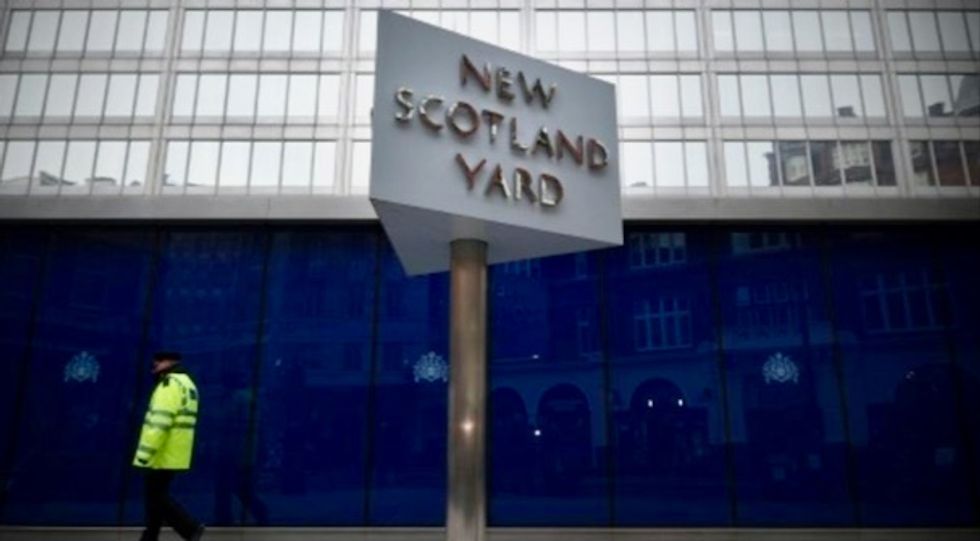 Officials said the internal IT infrastructure of the Metropolitan Police at its New Scotland Yard headquarters was not hacked, just its online news release provider AFP/File

London's Metropolitan Police apologized Saturday after its Twitter, emails and news pages were targeted by hackers and began pumping out a series of bizarre messages.

After a series of messages late Friday that read simply "test" or seemingly random letters, the police sites began using foul language with anti-police sentiment and calling for a jailed rapper to be released.

Scotland Yard police headquarters said its internal IT infrastructure had not been hacked, explaining the issue was limited to its press office's online provider, MyNewsDesk, which put news releases online to the public.

"Unauthorized messages appeared on the news section of our website," it said, as well as on its Twitter feed and emails.

"We apologize to our subscribers and followers for the messages they have received.

"We are confident the only security issue relates to access to our MyNewsDesk account. We have begun making changes to our access arrangements to MyNewsDesk," it said.

"There has been no 'hack' of the Met Police's own IT infrastructure. We are assessing to establish what criminal offenses have been committed."

US President Donald Trump weighed in, reigniting his long-running war of words with London Mayor Sadiq Khan while retweeting an image of the hijacked Metropolitan Police account.

"With the incompetent Mayor of London, you will never have safe streets!" he tweeted.

Drill music artist Digga D, real name Rhys Herbert, was jailed last year aged 17 along with four other members of his gang, after they were caught with baseball bats and machetes on their way to attack rivals.

The drill genre of rap music, which often features masked or hooded groups of men talking about guns, drugs and stabbings, has been linked to a rise in violent crime in the capital.

Besides his jail term, Herbert was given a three-year criminal behavior order restricting him from making music with violent lyrics.