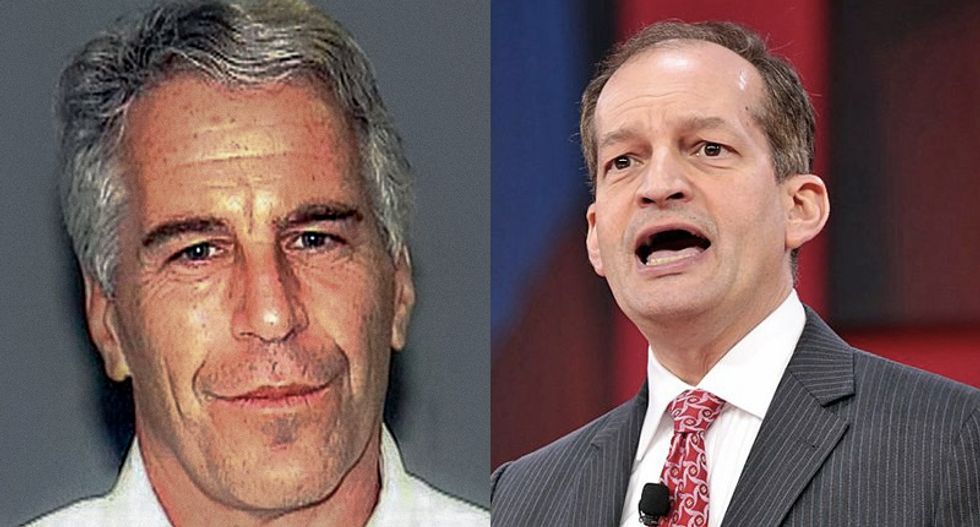 Republican CNN commentator Amanda Carpenter was furious during a conversation about convicted sexual predator Jeffrey Epstein. The former communications chief to Sen. Ted Cruz (R-TX) went off about the way that Epstein was able to slip through the cracks of a rigged judicial system.

Senior White House counselor Kellyanne Conway blasted Democrats saying that it's "like them" to ignore Epstein and instead focus on Acosta. CNN host Jake Tapper noted that a big part of the problem for people is that Acosta broke the law by not allowing Epstein's victims know about the settlement so that they could speak out against it if they wanted.

"A big part of the [reason] Acosta is a central figure here is because people like Jeffrey Epstein don’t continue to operate without enablers. Without helpers," Carpenter said. "And I think he should resign."

She said that the reason Epstein was still allowed to operate in New York and "fly around" to commit other crimes was that the victims didn't know what happened.

"So, I want Acosta to explain why?" Carpenter continued. "Is it because he’s rich and powerful? Is it because he got bullied by his team of high-powered lawyers which is plenty of evidence. Tell us why."

Former Obama White House communications director Jen Psaki noted that Epstein was finally put behind bars thanks to the SDNY, and the reason people are focusing on Acosta is that Epstein was allowed to continue to allegedly victimize others because Acosta allowed for a secret "sweetheart" deal.