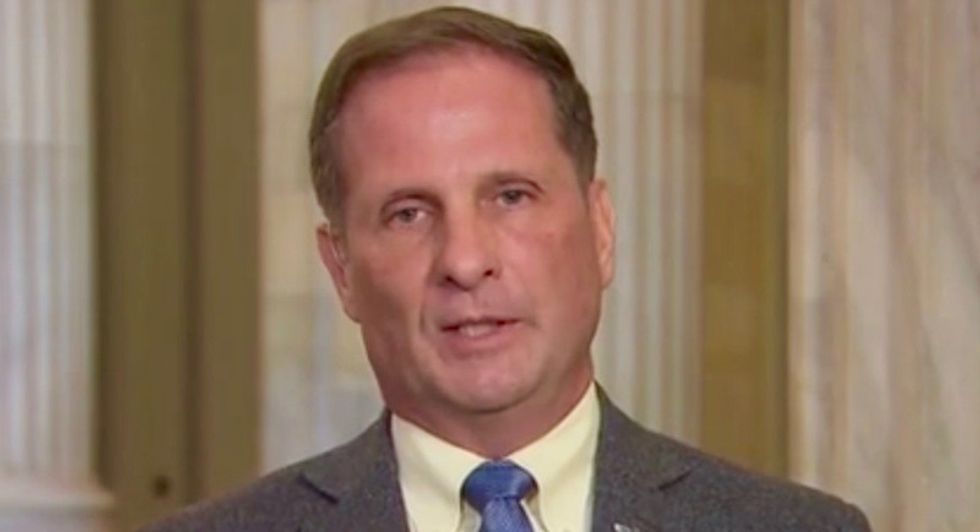 "Your committee, the Intelligence Committee, Congressman, was really focusing in on Russia's interference in the 2016 presidential election," said Blitzer. "Putting aside the president's conduct, is Russia's attack on our election an important area for your committee to address?"

"Absolutely," said Stewart. "The House Intelligence Committee released our report more than a year ago. Part of the reason was, we had 47 recommendations we felt we needed to start to implement so we could protect ourselves in 2018 and 2020. The foundation of our democracy is built on this idea that the American people feel like the vote is not manipulated, that their vote counts and that it's not changed. And if we lose our faith in that ... this whole thing crumbles."

"Congressman, with all due respect, you believe that this is a real, serious problem facing the United States, Russian interference," cut in Blitzer. "So why did you use your limited time today to attack Mueller's team instead of finding out what could be done to protect America from Russia's cyberwarfare aggression?"

"Well part of the reason is I know what needs to be done," said Stewart. "Once again, we spent more than a year looking at that, and we had our 47 recommendations. So there wasn't anything that he was going to tell me that we didn't already know. And I didn't attack Mr. Mueller. There’s some concerns that we had, that once again, there were a multitude of leaks, 25 leaks, we probably could have found more, that came out of the special counsel's office. They all were disparaging toward the president. And the American people look at that and say, 'That doesn’t seem fair that he’s conducting this investigation and we have these selective leaks.' I wanted him to have a chance to respond to that and say, 'Yeah, this was concerning. These are the steps we took to try to correct that.'"

"How do you know — do you have any evidence that the leaks were coming directly from Mueller’s team?" said Blitzer.

"Well, in most, or nearly all of these cases the reporters quote someone close to the special counsel’s office, and [it was] information that only the special counsel would have had," said Stewart. He added that he is "certain" that Mueller himself "didn't leak a single thing" but it was a "fair presumption" that "someone in his office did."

"Well I will point out, as a reporter who's covered these kinds of stories over the years ... when someone from the special counsel's office, for example, goes out and interviews someone, that individual, that person has that information as well," pointed out Blitzer. "And that person can give a journalist critically important information to pursue. I'll just point that out."