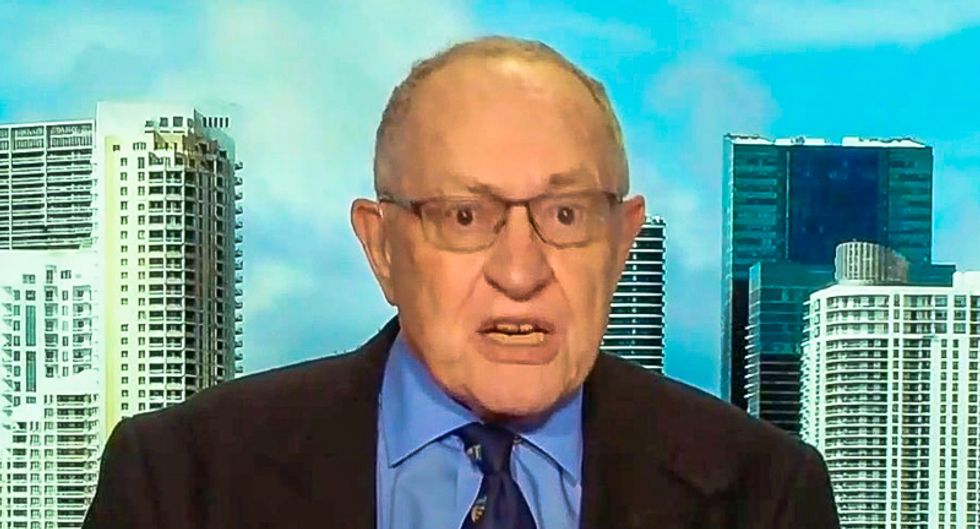 On Monday, the Miami Herald reported that an attorney representing former Harvard Law Professor and high-powered defense lawyer Alan Dershowitz has written to the U.S. Court of Appeals for the Second Circuit, requesting that the press be blocked from the child trafficking proceedings against billionaire wealth manager Jeffrey Epstein — a measure that, if it is successful, would once again hide the most crucial details of Epstein's crimes from the general public.

Epstein has been accused of shuttling numerous underage girls between sex parties at his various properties around the United States, and has sought the legal counsel of Dershowitz. He was previously given a controversial plea bargain that gave him only a short prison sentence for soliciting prostitution — a deal brokered by then-U.S. Attorney Alex Acosta, who is now serving as President Donald Trump's Secretary of Labor.

Dershowitz himself has faced allegations from one of Epstein's accusers that she was also forced to have sex with him at one of the parties. He has denied all allegations and says he can prove that the accuser's witness never met him. The matter is now the focus of a defamation suit.

GOP Senate nominee Herschel Walker is making it difficult for Republicans to unite around his candidacy as the former NFL player's campaign stays bogged down in scandals.

Walker's situation got worse on Monday when an abortion receipt, get-well card and check were published by The Daily Beast after it interviewed a former girlfriend who said Walker paid for her abortion.

Former United Kingdom Prime Minister Theresa May was the first world leader to come to the United States after Donald Trump was elected, but that meeting was fraught with the new president's habit of bouncing from topic to topic during conversations.

In Maggie Haberman's new book, "Confidence Man," she described a strange conversation in which Trump

'I want my documents back!' Trump attacks the National Archives in new Truth Social rant

Former President Donald Trump is demanding that the National Archives and Records Administration give back the top-secret documents he improperly took from the White House and stashed at his Mar-a-Lago resort.

In a new rant posted on Truth Social, the former president cited past instances in which the National Archives had lost information from past White Houses as evidence that documents, which included secrets on another country's nuclear program, were safer being stored at his luxury resort in Florida.