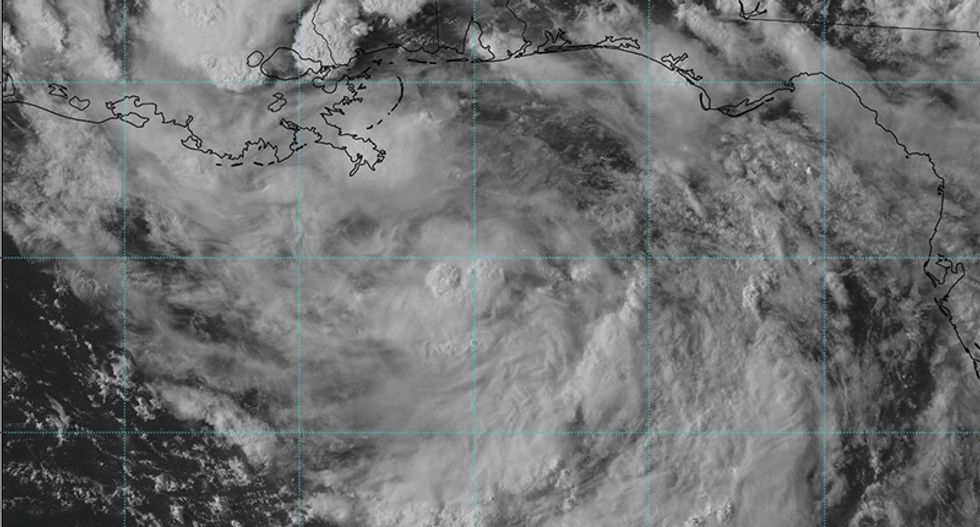 Tropical Storm Barry is nearing the Gulf Coast of Louisiana and Mississippi at the worst possible time.

According to reports from NOAA, the huge amounts of rain around the central and southeast United States has caused the Mississippi River to rise close to the maximum height of the levy.

Since the levies are already at a high stage, the amount of rain they're anticipating means they will get so much worse.

That doesn't even count the storm surge expected:

One of the biggest problems facing the Gulf is that the waters are unusually warm and well above average for this time of year. As Yale Climate Connections explained, hurricanes wind speed increases based on the temperature of the water they're passing over. When the sea water is warmer, the storms are more severe. One local meteorologist went so far as to call the warm water "jet fuel" for hurricanes.

The Gulf of Mexico is a Hot-tub with some of the warmest water in the Atlantic and well above average for this time… https://t.co/C6M4d9EL4o
— Brad Panovich (@Brad Panovich)1562771205.0

Atmospheric moisture is just as concerning:

Skies are already beginning to darken on the Gulf coast, and it seems absolutely terrifying.

You can donate to help out at the Louisiana Humane Society and Mississippi, and The United Way.