President Donald Trump reversal on attempting to get a citizenship question on the 2020 Census resulted in a bizarre conference call before Judge George Hazel on Wednesday.

On Tuesday, the Commerce Department and Department of Justice said they would not be further litigating the citizenship question and would begin printing the census forms without the contentious question.

That was the opinion of the Trump administration -- until Trump himself took to Twitter to argue otherwise.

Following the hearing, a 15-page transcript was released by the court.

Here are some of the funniest interactions, including the judge wondering about issuing a ruling to prevent Trump from tweeting on the case. 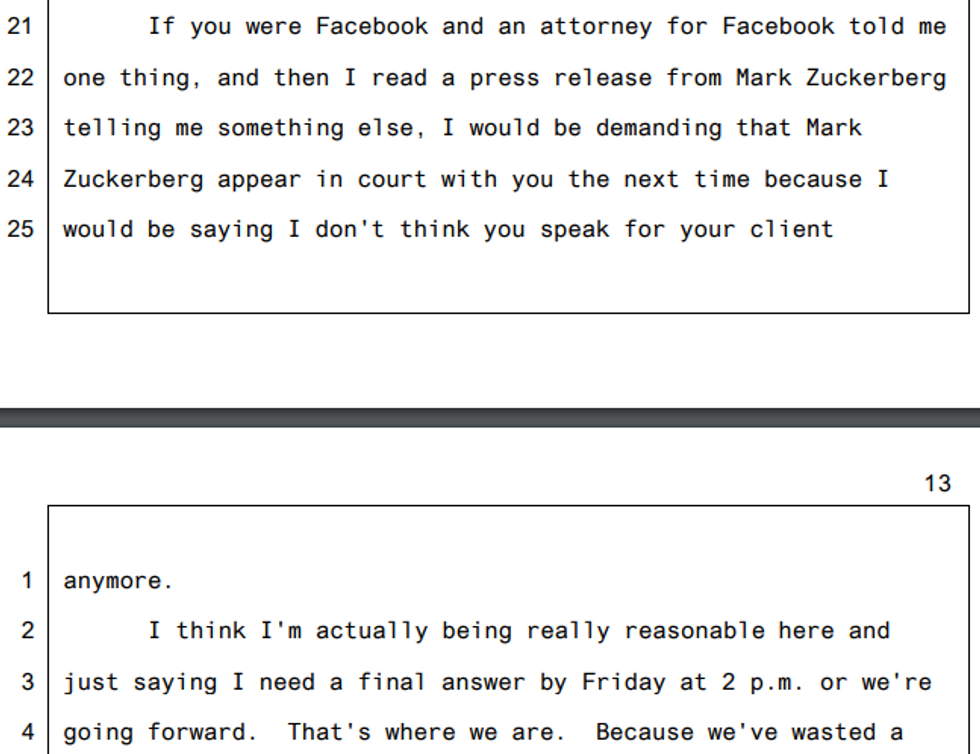 This is the most important thing Judge Hazel said during today’s status conference in the Maryland census case: “I… https://t.co/f6CzmcrG63
— Cristian Farias (@Cristian Farias) 1562193912.0